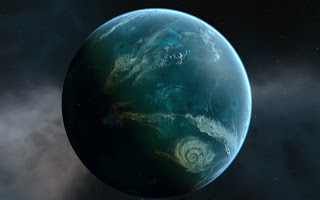 Facebook
Twitter
Pinterest
WhatsApp
Kevin Costner had fun with melted ice caps in his science fiction film, “Waterworld”. I’m not endorsing the film, simply using it as an example of how primarily “progressives” enjoy illustrating the process of what they used to call global warming, and now refer to as climate change. More on that later.
In geologic time, Earth has undergone “glaciations” (ice ages) and between those glaciations, we’ve undergone “interglacials”. In a period of glaciation, extensive sheets of ice are present in both the northern and southern hemispheres. If you chose to use this definition, we are still in the ice age that began 2.6 million years ago at the beginning of the Pliestocene epoch, because the Greenland, Arctic and Antarctic ice sheets still exist. (Gribbin, J.R. (1982). Future Weather: Carbon Dioxide, Climate and the Greenhouse Effect. Penguin) The last mini re-glaciacion took place about 8,000 years ago. There were mini-ice ages in between that point and today and nobody knows why they happened, but it’s unlikely that man had anything to do with them.
There are a crowd of scientists who used to predict the end of the world due to global warming. Since that model didn’t work (last year was the coldest year on record in the Arctic), they had to change the mantra to “climate change”. The problem with preaching doom as a result of climate change is that the Earth’s climate has been continually changing since the planet coalesced from gas and particulate (nebular form) into the solid third rock from the Sun where we live.
I watched a piece that the film crew from VICE (HBO) did on “climate change”. They cited the fact that the water levels in the oceans are rising. I don’t argue that is the case, but the progressive, mainstream media never puts these things into perspective, do they? During the last big period of glaciation, water was taken from the oceans to form the ice at high latitudes, thus the global sea level dropped by about 110 meters, exposing the continental shelves and forming land-bridges between land-masses for animals to migrate.

I didn’t need to make that up. The record is in the rocks worldwide as part of geologic history

During deglaciation, the melted ice-water returned to the oceans, causing sea level to rise. This process can cause sudden shifts in coastlines and hydration systems resulting in newly submerged lands, emerging lands, collapsed ice dams resulting in salination of lakes, new ice dams creating vast areas of freshwater, and a general alteration in regional weather patterns on a large but temporary scale. It can even cause temporary re-glaciation. This type of chaotic pattern of rapidly changing land, ice, saltwater and freshwater has been proposed as the likely model for the Baltic and Scandinavian regions as well as much of central North America at the end of the last glacial maximum, with the present-day coastlines only being achieved in the last few millennia of prehistory. Also, the effect of elevation on Scandinavia submerged a vast continental plain that had existed under much of what is now the North Sea, connecting the British Isles to Continental Europe.

The advent of man must have had some impact on climate change, but there is no solid science that can explain precisely what that change is or the extent to which it impacts geologic events.

Will there be another glaciation? Yes.

When? Who knows?
What can we do to avoid global cooling? Nothing known will stop the process including generating greenhouse gas.

What about global warming (an interglacial period). Can we stop that? No.

Geology provides us records of glaciation and interglacials that take place over hundreds of millions of years. Scientists usually agree on that. What they haven’t figured out is why it happened (with no people here burning fossil fuels). But liberals/progressives won’t discuss that.