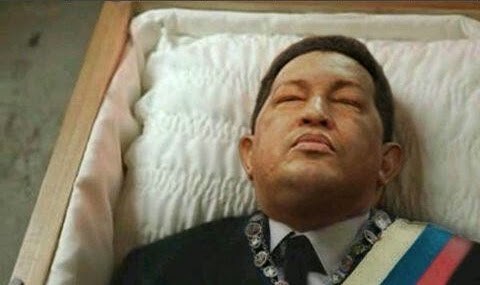 Naturally, Frost was flipped immediately from customs pass-through to customs secondary. It’s the way he looked, how he carried himself. The vibe spoke to danger. Mexico and the agents of Aduana, it’s Customs Service, had seen its share of gringos like Michael Frost. A cadaverously thin woman wearing an Instituto Nacional de Migracion smock that hung on her like a shroud joined the customs man, but hung back, scrutinizing Frost in much the same way as a vulture would scrutinize a dying rabbit before it ripped into its still warm and vibrant entrails.

Smudged fingers turned worn pages of Frost’s passport. Even the stamps had stamps on them: Thailand, Somalia, Cuba, Colombia, Hong Kong, Yemen and every shit hole in Africa. The Aduana officer looked from the ink blue embossed US Passport with its eagle, to the mirror of Frost’s sunglasses.
The customs man asked, “Where are you coming from?”
“South America.”
“Why did you fly into General Servando Canales International Airport instead of across the border into Brownsville?”
“I have friends in Matamoros.”
The customs officer didn’t think that Frost looked like a man who has ‘friends’. “I can not see your eyes, senior.”
Frost slipped off the sunglasses and hung them through the pen slot on his shirt pocket in a practiced move. His eyes were deserted and the Aduana officer could only look into them for a moment. He indicated the conveyor belt leading to an X-ray machine. Frost lifted his bag to the conveyor and the bag drove forward into the machine’s maw.
The customs officer’s eyes grew wide and he looked up at Frost, now holding a license in his hand. “It’s a permit to carry that gun that you found. Issued in Brazil.”
Flash – photo straight on, Flash – a shot of Frost’s profile.
Frost looked up from the holding cell where he sat naked, into the cold eyes of the woman from Immigration who gazed at him through a small window in the door. She spoke proper English with very little trace of an accent. “You know, Matamoros means dead Negro.”
“I’m high yellow, doesn’t that count for anything?” Frost didn’t cover his manhood. He let the woman gaze. Eventually the woman, flanked by three armed and uniformed men let him out of the cell, still naked, to make a call from an old pay phone.

The call came through my secretary’s desk. It had been routed from a San Antonio, Texas exchange through ‘green lines’ to my office in Southern California.

“Good morning, may I help you?” My secretary, Miss Em, sounded like a Georgia Peach because that’s precisely who she is.
“I need to speak to Steve Burns.” Frost’s voice must have sounded ‘frosty’ because Miss Em knocked on my door to tell me that a rude man had called and was on hold.
“Did he sound like this?” I did a representative imitation of Gerry E. She shook her head, ‘no’. I tried Frost’s menacing cadence and raised my voice nearly an octave. She smiled. “Put him through.”
Frost clicked though, “Burns?” Mike Frost used my cover name.
“This is a surprise.”
He asked me, “When did Mexican Customs start x-raying bags at the point of destination when you had no intent to cross an international border?”
“They profiled you at baggage claim and threw you into a secondary customs search?” I guessed. His sigh told me that I guessed correctly. “Where are you?”
“I’m in Matamoros. They have me in the immigration holding area even though I cleared immigration into Mexico in Guadalajara.”
“Then there’s no hurry. You’re not going anywhere.” I tried to inject humor but Mike Frost would have none of it.
“Bring money.”
“The universal solvent.”
I had to cable headquarters and get permission to cross into Mexico from the US. People think that these things are done on a whim, but in a bureaucracy, there is no such thing as simple. Money was the easy part.
Paying the fine as one would pay any mordida in Mexico required that I visit a judge, who sprung him because there was no evidence in the locker that suggested he ever had a gun. Eight thousand in US Currency in a paper bag took care of customs, immigration and the judge. I have no idea where the handgun ended up.
We went to a bar to talk it over. I’d explain to you that it was a run down dive bar in Matamoros, but those adjectives describe every bar in Matamoros. The place was full of hostesses and they had a house upstairs. I paid them to leave us alone and they directed us to a dark table in a corner. We split a bottle of cheap Mescal because that’s what they served.
“I need a piece.”
I handed Frost a bag containing .38 Super semi-auto, which was more legal than the Sig .45 that he had been apprehended with, and a permit from the State Judicial Police to carry it. He checked the handgun discretely, did a press-check and slid it back into the bag.
“You ended up in secondary search when you weren’t crossing the border. You are slipping my friend.”
“It was a calculated risk. I’ve done this sort of thing a million times and never got caught.”
“You won’t be able to say that again.”
Frost smiled for the first time. The teeth on the left side of his face were cracked and jagged. “You’ll need new caps too,” I observed. His hands had been fucked up. Broken knuckles healed slowly and the cigarette burn scars were nasty.
He watched my eyes. “Venezuela.”
“And Hugo Chavez?”
“He’ll be out of remission by the end of the week and dead in six months.”
I offered a smirk, “He needs to lay off the cigars.”