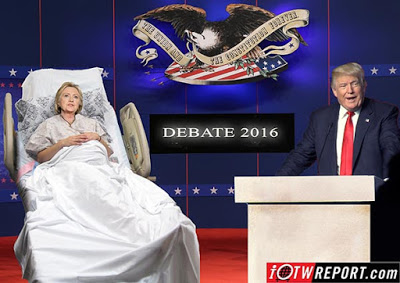 The mainstream media would use a debate setting like this one to churn up sympathy for Hillary, dying of Parkinson’s disease, prone to fits and seizures at inopportune times. Also prone to effects of karma (which recently ran over her dogma).
Why is Hillary seizing up?
H/T EBL

I don’t know what’s wrong with her, but I know what it isn’t. It’s not pneumonia.
Hillary’s a Robot
H/T The Count of Monte Cristo 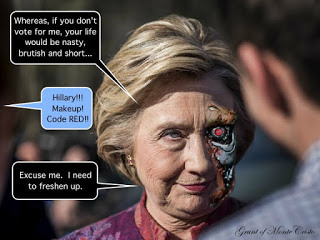 I don’t know that Hillary is a robot, but does cyborg skin live forever on a metal endoskeleton? We know that she had her face stretched, but it didn’t do much good did it? She’s sagging badly under those baggy pantsuits.
The conspiracy theorists would tell you, “Just because you’re paranoid, doesn’t mean that they’re NOT out to get you.” I think that those were Vince Foster’s last words.
If she is a robot, then the battery needed recharging on September 11, because it went flat as she boarded the van. Not to worry, she was
out in public an hour later, battery charged on something – kissing children – even though she was said by her handlers to have pneumonia. 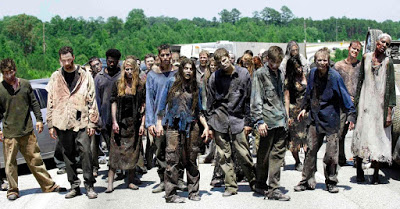 Her staff now are claiming to have pneumonia too. How convenient?
Top news story

Two staffers hospitalized. Wonder who the mom was who let that poor kid be a press prop for 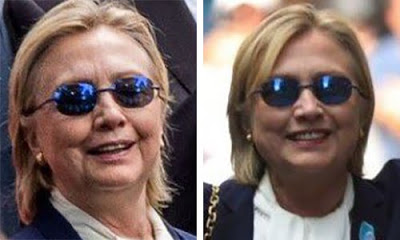