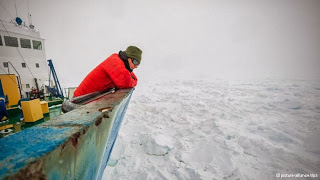 Hard core Leftists desperately look forward to Hillary-the-“Light-bringer” (Lucifer I guess) messiah who can do no wrong and will lead them to a Marxist paradise. She says that her vice president of choice is Chris Christie.
Stuck in the Ice

I’m sure that you have all heard of the plight of the MV Akademic Scholaskiy, filled with Australians and other climate change whacks who are still trapped in sea ice that they sought to prove had melted.  (Fox News)

Somehow it tickles my funny bone that their ship is being squeezed to the point of rupturing the hull by the very ice they said was thin. A Chinese Ice Breaker could only get within ten miles of them. Another Australian ship is standing by about thirty miles away on the edge of the ice sheet, ready to extract them when their ship founders, crushed like an egg under the heel of boot. 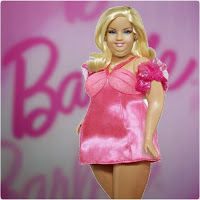 Progressives say yes to a white one – no to a black one with a monstrous ass. Mattel wouldn’t want to be viewed as a racist company.

A fat Oprah doll would sell big to all her fans as a collectable, but I don’t think that one has been produced. You could dress it in a white elvis jumpsuit (XXXL).

As I understand it, Mattel also pulled their Star Wars wookie doll from the shelves because people began to confuse it with a famous person.