Are There NO LIMITS on Taxation? 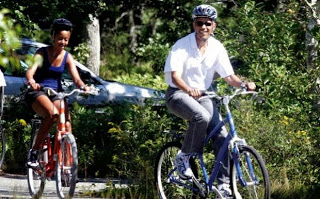 Facebook
Twitter
Pinterest
WhatsApp
Chicago wants to tax bicycles (Fox News). It makes sense. As soon as people buy off on the ‘green agenda’, the progressives want to tax bicycle use. Bicycle friendly residents suggested a shoe tax to pedestrians for using the sidewalk. I’m sure that got the Chicago bureaucrats and bean counters working on that concept.

Here’s a concept. Smaller government – less need to tax. Naturally that wouldn’t appeal to bloated bureaucrats who increase their pay by enlarging their personal kingdoms on the backs of taxpayers. I’ve been waiting for Southern California to tax sunshine (if they were only able to run it through a meter).