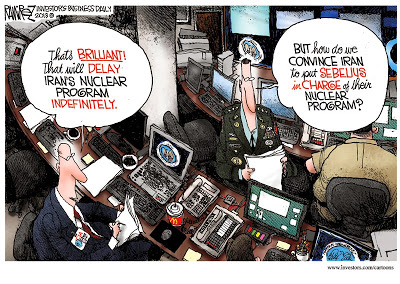 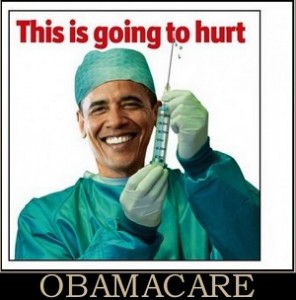 Yes, there is a difference. Health Insurance is what you purchased in the event that something bad happened and you needed to see medical professionals and get help, and the insurance would defray the potential cost.
Healthcare in the present definition is an entitlement. Healthcare is administered by government functionaries (apparatchiks). Healthcare has been defined by the US Supreme Court as a tax. The government has a right to charge you for the “free” healthcare that the government doles out that you are entitled to receive.
Under the concept of health insurance, you can pick your doctor, your hospital and your health plan. Under “healthcare”, you do not. The government makes those decisions for you.
What Happened to the Stimulus?

Nobody is apparently looking at the nearly one trillion dollars that the President and Congress authorized and spent (apparently buying votes and paying off cronies). How was it REALLY spent? Is there any accountability? Wasn’t Vice President Joe (Slow Joe) Biden tagged as the “recovery czar”?

What Happened to Attorney General Eric Holder?
Wasn’t he held in contempt of Congress? Nothing happened because he was shielding President Barack Obama from the fall-out from Operation Fast and Furious. That Obama Policy (among others) resulted in the worst relations with Mexico since the Mexican war (1846). We even had better relations with Mexico when we invaded Northern Mexico in 1912 to chase the bandit, Pancho Villa.
Why aren’t the Benghazi Massacre Survivors allowed to Talk?

Former Secretary of State Hillary Clinton wants to run for President. The Benghazi survivors are in possession of an “inconvenient truth”. I’m sure that they’ll be taken out of hack after Hillary has completed her second (or who knows — maybe third or fourth) term as president.
Obama should thank Texas
Somewhere around fifty percent of the new jobs created since Barack has been president have been created in Texas.
Iran

There is apparently a new American secret weapon that the US plans to deploy to wipe out Iranian nuclear ambitions:

Is the National Security Agency Spying on the Pope?

(Reuters) An Italian magazine has gone public with the revelation. It’s gone viral in Europe and since everyone knows that NSA marks every telephone call made on the planet every day and downloads the Internet daily (including this blog), the Europeans are even less amused than the spying allegations against German Chancellor Angela Merkel. Senator Rand Paul called for an official NSA response to the charges of spying on the Pope. NSA has not yet responded to the Senator, however they did issue a vaguely worded general denial that they spied on anyone – which would include the Pope. Unfortunately nobody believes them, or their boss, because everyone knows that every word out of Obama’s filthy sewer mouth is a falsehood.

The Benefits of being a Crony

A tech firm linked to a campaign-donor crony of President Obama not only got the job to help build the federal health-insurance Web site — but also is getting paid to fix it.

Anthony Welters, a top campaign bundler for Obama and frequent White House guest, is the executive vice president of UnitedHealth Group, which owns the software company now at the center of the ObamaCare Web-site fiasco.

UnitedHealth Group subsidiary Quality Software Services Inc. (QSSI), which built the data hub for the ObamaCare system, has been named the new general contractor in charge of repairing the glitch-plagued HealthCare.gov.

Welters and his wife, Beatrice, have shoveled piles of cash into Obama’s campaign coffers and ­apparently reaped the rewards.

Beatrice Welters bundled donations totaling between $200,000 and $500,000 for Obama’s campaign during the 2008 election ­cycle, according to campaign- ­finance data compiled by Center for Responsive Politics.

Obama to Iran : If you like your bomb you can keep your bomb
The Obama Administration has engaged the American Jews and the Israelis (particularly Netanyahu) to back off.
President Barack Obama has pressed Israel to end opposition to a U.S. reconciliation effort with Iran. Administration sources said Obama has urged both Israel and American Jewish leaders to support his reconciliation drive toward Teheran.
Thus guaranteeing the next Mideast War.