The Federal Assault on Arizona

“Republican form of government” is defined as a republic that is a system of government in which the people hold sovereign power and elect representatives to exercise that power.

To “guarantee” means to warrant or undertake that something has happened or will happen. The term “invasion” is (regarding a country or territory ) a hostile incursion.

The term “shall” used in the third person singular denotes an imperative, without discretion or choice. Thus, the phrase “shall guarantee” leaves no wiggle room.

Recently, the federal government — the present regime in particular — has not only violated the guarantee of republican form of government and the pledge to protect Arizona from invasion and domestic violence, but has actively worked to achieve the exact opposite result. There are reports the administration is seeking ways to cease doing business with Arizona and is encouraging other states to do the same, to exercise economic coercion on the state.

The poster child for barack hussein obama’s angst is Maricopa County Sheriff Joe Arpaio who is hated by the obama regime for his tough enforcement of immigration law. Last week, a Mexican narcotics smuggling cartel has put a price on his head. What is the Federal Government’s response? Is it in line with their Constitutional obligations? 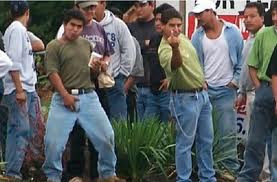 The obama regime and the US Justice Department has a keen interest in civil rights suits and illegal alien protest groups, though. To hear barack hussein obama tell it, the trouble in Arizona revolves around civil rights — most specifically anti-Latino racism. Never mind that as illegal immigrants flow in, U.S. territory is being ceded to Mexican smuggling syndicates and Arizona now has the world’s second-highest kidnapping rate.
The obama administration has set aside civil rights violations where the suspects are black (The New Black Panthers) — and the administration’s policy is based COMPLETELY on race. In the matter of Arizona, the state wants the Federal Government to do it’s job based on Constitutional mandates. The obama people refuse based on their desire to put more Democratic voters (illegal aliens) on voting rolls. Additionally they have taken economic steps to punish Arizona for having the gall to demand that the Federal Government do what the Constitution requires them to do.
Arizona needs to raise its own State Militia (apart from the National Guard which operates under federal funding), swear them in as state law enforcement officers, and mandate them to enforce Arizona statutes against any lawbreakers they find along the border (including littering).