The Congressional investigators who viewed the Department of Homeland Security documents related to the Fast and Furious operation have located a Immigration & Customs Enforcement (ICE) Report of Investigation (ROI) from August 2010 describing 80 weapons seized in an arms smuggling interdiction between Phoenix, Arizona and San Antonio, Texas. Of these weapons, the majority (approximately 50) were noted to have come from Operation Fast & Furious in Arizona, purchased by Uriel Patino and Jacob Chambers. The ROI was written and signed by Homeland Security Investigations Special Agent Jaime Zapata, who was shot dead in an ambush at a fake roadblock in San Luis Potosí, Mexico on 15 February 2011. At the time of the report, Agent Zapata was assigned to the Laredo office.

The Huffington Post suggests (LINK) along with others, that it was a random attack on two random law enforcement agents. 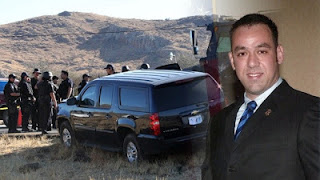 Two of the weapons found at the murder scene were later traced back to Texas — One was purchased in August 2010 near Houston on behalf of accused drug dealer Manuel Gomez Barba, and the other in October 2010 by a Dallas trafficking ring that included Otilio Osorio and his brother Ranferi. Much like Fast and Furious, both groups had been under ATF surveillance for many months, although ATF officials in Texas later denied that any gunwalking happened in their state.
United State Senator John Cornyn pressed Eric Holder and DOJ for details on any gunwalking in Texas. Holder was found in contempt of Congress yesterday. The President of the United States asserted executive privilege in regard these documents contemporaneously with Holder’s contempt finding, which means that the President has guilty knowledge of some sort that he doesn’t want to disclose.
The Department of Homeland Security, ICE and the Department of Justice denied that the case of Jaime Zapata had anything to do with Fast and Furious. The discovery of this ROI by Zapata, indicates that Holder and Secretary Napolitano knew and the assertion of executive privilege by President Obama would tend to indicate that he knew too. So it’s not only a DOJ cover-up but a DHS cover-up as well and, as of yesterday, a Presidential cover-up.

At the time of Agent Zapata’s death, President Obama declared “The United States will work with Mexico to bring the assailants to justice.” For her part, Janet Napolitano avowed: “Let me be clear: Any act of violence against our ICE personnel — or any DHS personnel — is an attack against all those who serve our nation and put their lives at risk for our safety.” 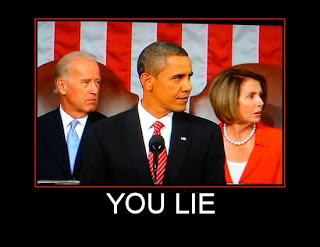 At the risk of sounding incredibly naive, I find it amazing that neither DHS nor the FBI have come under more intense Congressional scrutiny for what they know about gunwalking operations and the murders of Agent Zapata and Border Patrol BORTAC Team member Brian Terry. The revelation of the existence of Agent Zapata’s August 2010 ROI should serve to bring more attention to Janet Napolitano and her knowledge of gunwalking and the murders of Zapata and Terry, despite her previous denials under oath.

Maybe it’s time to revisit that and to explore whether or not Secretary Janet Napolitano lied under oath to Congress – Perjury is an ugly word, Madame Secretary. Oh, wait, those documents have been effectively sealed by President Obama.