Will Eric Holder go to Prison? 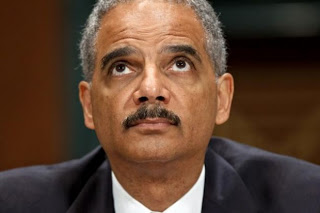 Facebook
Twitter
Pinterest
WhatsApp
There is a House of Representatives vote coming to determine whether or not Attorney General Eric Holder is in contempt of Congress. The vote will likely run along straight party lines, which means that he’ll be convicted because of a Republican majority in the lower house of Congress.
Attorney General Eric Holder likely faces a prison sentence. Soap-on-a-rope can be sent to ease the soon-to-be former attorney general’s time in prison. Have a little compassion on him and send him soap today:
Attorney General Eric Holder
c/o US Department of Justice
950 Pennsylvania Avenue, NW
Washington, DC 20530-0001
Irrespective of the efforts of the mainstream media to deceive you as to the partisan nature of this action, you should keep the following FACTS in mind. You also need to understand that the architects of this lie to the American people which resulted in roughly 200 deaths to date include Attorney General Eric Holder and President Barack Obama.
Operation Fast and Furious’ sole purpose was to have guns “traced” from crime scenes in Mexico to American dealers, who were essentially ordered﻿ by BAFT to make what they knew were “straw sales”. Thus BATF, under the direction of the Department of Justice and the White House engaged in manufacturing “evidence” to support the lie that “90% of the guns in the hands of cartels come from the US”.  This would support the Obama Administration’s push for more gun control over American citizens.

The Obama Administration continually asserts that it complied with the subpoenas issued by Congress. If that’s true, why did President Barack Obama stonewall Congress by asserting executive privilege over documents that would show that he was aware of Operation Fast and Furious?

You can’t have it both ways, President Obama! 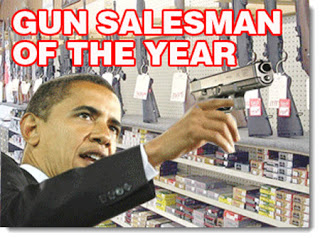