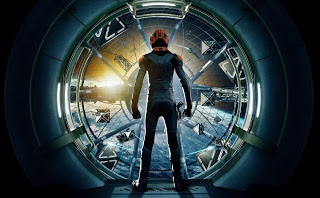 Facebook
Twitter
Pinterest
WhatsApp
I understand that there are a lot of Orson Scott Card fans out there and that many of them liked his book, Ender’s Game. Hollywood has tried to capture the essence of the story in a feature film. The story focuses on an intergalactic war waged by children from Earth and led by their savant, Ender Wiggin. The movie will premier in theaters on November 1.
Harrison Ford (increasingly curmudgeon-like) plays Colonel Hyrum Graff, who believes in Ender and the other child commanders-in-training.

There are problems with turning the book into a feature film as those who have read Ender’s Game will likely agree on. Most of the book takes place inside Ender’s own mind–so the translation to film may or may not work. There are finer points to the strategy employed by Ender to save the planet and the universe from the alien invasion. That strategy occupies a lot of the book and I don’t know that it can be plugged into a film and made interesting.
The Plot: As humanity masters interplanetary spaceflight, they encounter an insectoid (I don’t think that the word “alien/illegal alien” is politically correct anymore) race, known as the Formics. The Formics and humans have fought two wars and they are poised to fight a third to decide who will rule this portion of the galaxy. The International Fleet created the Battle School, a program designed to find children of the best and brightest tactical minds and to subject them to rigorous training so as to defeat the Formic threat once and for all.
(No Spoilers)

There are five books in Card’s Ender series.