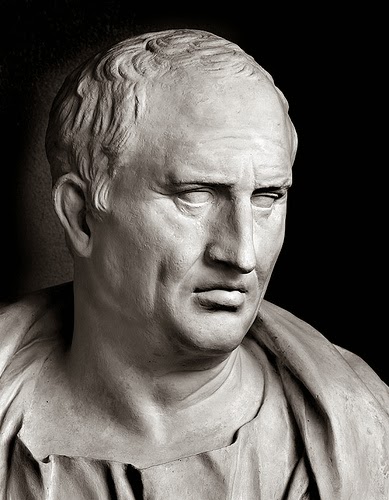 I understand that a close study of history isn’t considered valuable today. It’s been left off the Common Core curriculum that American students are required to study. Today Cicero is a name that does not echo. Still, maybe he did have something useful to leave to the ages.

Cicero: “A nation can survive its fools, and even the ambitious. But it cannot survive treason from within. An enemy at the gates is less formidable, for he is known and he carries his banners openly. But the traitor moves among those within the gate freely, his sly whispers rustling through all the alleys, heard in the very halls of government itself. For the traitor appears not traitor, he speaks in the accents familiar to his victims, and he wears their face and their garments, and he appeals to the baseness that lies deep in the hearts of all men. He rots the soul of a nation, he works secretly and unknown in the night to undermine the pillars of a city, he infects the body politic so that it can no longer resist. A murderer is less to be feared.”
At least that’s how Cicero saw it. I’m sure that in our glorious modern era, the notion and nature of treason has changed…