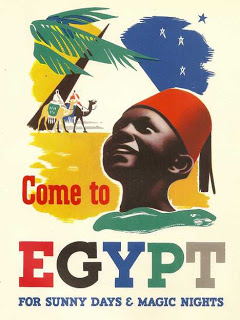 • The head of the Supreme Constitutional Court shall have the authority to pass constitutional declarations during the transitional phase
• A national technocrat government – which shall be both strong and competent – shall be formed and shall enjoy all the powers needed to run the current phase
• A committee shall be formed comprising figures from various expertise and spectrums to review the proposed amendments to the Constitution, which has been temporality suspended
• The Supreme Constitutional Court is hereby urged to pass the draft law on parliamentary election and to embark on preparing for parliamentary election
• A media charter of honor (honor code) shall be designed in a way that ensures media freedom; observes professional rules, credibility, and neutrality; and advances the homeland’s top interests
• Practical measures shall be taken to empower young people and integrate them into the state’s institutions so they can be partners in the decision-making process on the various levels of the executive authority
• A higher committee for national reconciliation shall be formed. The committee shall comprise figures who enjoy credibility and acceptance from all national forces, and who represent all affiliations

Seated on the dais with al Sisi were the senior military commanders, the leader of the most important mosque in Cairo, the Coptic Pope and Mohammed el Baradei, former head of the International Atomic Energy Agency and spokesman for the National Salvation Front. The head of the Supreme Constitutional Court and the new interim president is Adly Mansour. He is a Mursi appointee to the court, but also served as a judge under Mubarak. His relative obscurity was a factor in his selection.
The Jihadi in Mursi
Mursi’s open call for young Egyptians to engage in armed jihad against the Syrian government at a 15 June rally was the final provocation. Sunni imams called all Shiites and the Egyptian political opposition “infidels.” The next day, the Army quietly disavowed Mursi’s statement and the rally.

Mursi’s location is not known, but Egyptian bloggers reported that he is in the custody of military intelligence and reconnaissance, one of General Sisi’s former commands. The Army surrounded the gathering places of the Muslim Brotherhood and barricaded them to prevent clashes. Martial law has not been declared, but arrest warrants for some 300 Brotherhood members are reported to have been issued. The two leaders of the Brotherhood-backed Freedom and Justice Party are also wanted men.

The Mursi government is the first Islamist government to be ousted. This will have a ripple effect in Islamic circles because hard line imams who oppose democracy will feel vindicated.

Elements of a Coup


A coup has six components that are always present in successful ousters:
The Egyptian Army operation satisfied all of those requirements for the plotters. The opposition demonstrations provided the opportunity. The low level of bloodshed is a testament to effective planning and coordination plus the Mursi government’s many errors of judgment. The most important is Mursi and his men believed they wielded real power because of the election and the rigged constitution, rather than power at sufferance of the Army.
The day’s events also re-affirm a basic rule of internal instability-most often governments are the agents of their own downfall. Mursi and his acolytes ignored multiple warnings and opportunities to avert their overthrow. The Muslim Brotherhood and its proxies overreached in pushing their Islamist agenda and did too little to address the causes of Mubarak’;s overthrow-food and fuel shortages and no jobs. Mursi learned nothing from Mubarak’s ouster.

Several commentators today remarked that elections do not make a democracy. They express the will of the people, but only if the people they elect are honest about their programs and policies. There are other ways for the people to express their will, as the Egyptians demonstrated since 30 June.
The one thing that today’s events appear to have settled is that Egyptians do not want an Islamist government run by the Muslim Brotherhood.

Iran’s president-elect, the moderate cleric Hassan Rouhani, said Wednesday that the Islamic Republic’s powerful clergy needs to do more to address the needs of Iranian citizens and regain their trust. In an event at the Interior Ministry that was broadcast live on state television, Rouhani told a gathering of hundreds of his fellow clerics that the Iranian people ‘must feel a sense of tranquility and security in all fields,’ especially politics and social issues.

In commenting on the events in Egypt, President Asad told the official Thawra newspaper, “Whoever brings religion to use in politics or in favor of one group at the expense of another will fall anywhere in the world. The summary of what is happening in Egypt is the fall of what is called political Islam.”