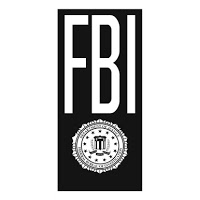 The Federal Bureau of Investigation has been in the process of a transition from a law enforcement agency to an intelligence agency. When I first heard of this about five years ago, I thought that it was a joke. But despite my misgivings, they’ve been marching forward. An article by Ambassador Henry A. Crumpton inspired me to do this little piece on my blog. So with a Hat-Tip to Henry, I have included some of his sound and timely observations. Since I’m doing that, it’s only fair that I plug his new book, “The Art of Intelligence“.
The FBI, while an intelligence agency, is also a law enforcement agency, and that means that the results of its investigations that result in arrests are discoverable to the defense and become public record. Therefore there is very little that it can keep secret. Thus, the FBI has a cultural bias toward verbal communications because they are not included into it’s data management system. Writing at FBI is tied to rank and status. Clerks and analysts write, Agents don’t write much by comparison for the reasons set forth above.
At CIA, operations officers write copiously. Having the President or senior policy makers benefit from written reports is the holy grail. CIA officers prize clear, high-impact written content. CIA has very advanced information systems. The FBI has one, but it doesn’t work well and the information in it is limited by the input (GI-GO).

Compared to the CIA, FBI is enormous. When FBI personnel deployed to investigate East Africa bombings, they deployed more agents than the CIA had operations officers worldwide. FBI has regulations about sending two agents to do almost any task. CIA officers usually operate alone – and almost always alone in the development and management of human sources.

While both CIA and FBI put a premium on a good source, the FBI rarely pursues them beyond the context of an investigation. Agents follow leads and seek cooperating witnesses or informers who are often compelled to cooperate or face legal consequences.

FBI (and DEA) often prefer to arrest a suspect rather than ‘turning them’ to take down a network of criminals. And even when they’re turned, if they’re percipient witnesses, they must be disclosed in court proceedings do they don’t remain in place and productive for long. The FBI wants evidence and testimony from witnesses that leads to convictions and (sometimes more importantly), press conferences.

In short almost everything that the FBI does is precisely counter to the requirements of an intelligence agency – from the endless courting of the press, the parade of agents into the Halls of Congress and the simple process of ‘justice’. An intelligence agency is not about being just, it’s about being accurate and there is a distinct Constitutional difference between the two.