Down the Rat Hole 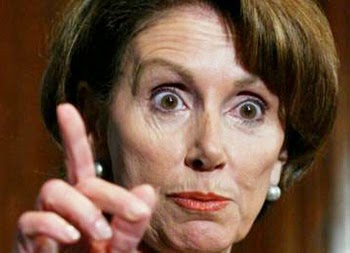 Facebook
Twitter
Pinterest
WhatsApp
In all, just over 100 million Americans now get some form of welfare-based government benefit. This does not include Medicare, Social Security, or the ObamaCare expansion of Medicaid which will add another 20 million over time. Team Obama repeatedly has gone on the record, saying that the more the better, because these are programs that “stimulate” the economy.

Means-tested cash, food and housing aid are up 50% in cost in 1996, when Bill Clinton signed the reform law that was supposed to “end welfare as we know it.” By 2016, according to Senate Budget Committee ranking Republican Jeff Sessions, the Obama welfare budget will rise more than 30% to $1.374 trillion.

If you add federal spending that goes directly to the states, the Senate Budget Committee found another $257 billion spent each year (in addition to the $1.4 trillion). The welfare state is now larger than the GDP of 175 of the 190 wealthiest countries.
Astoundingly, if all this spending were simply sent in the form of a check to every household in America living below the poverty level, we could raise each of these family’s incomes not just above the poverty line, but double that level, according to Robert Rector of the Heritage Foundation. Every poor family of four could have a cash income of $44,000 a year.

I know what you’re thinking – direct payment would buy votes far more simply without the vast federal bureaucracy. (but then who would employ the vast, enabling federal work force?)
As former Speaker of the House, Rep. Nancy Pelosi (D-CA) said of the 2.3 million more who will be unemployed because of ObamaCare, they can (buoyed up by welfare payments) take up hobbies such as stamp collecting, landscape painting or drug dealing to take up their time once freed from the burden of working.