Do you Remember Iraq? 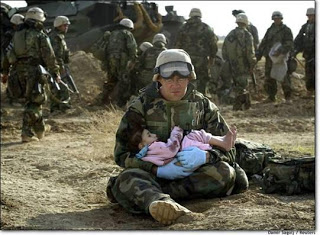 The US and Coalition Forces invaded Iraq a decade ago to depose Saddam Hussein and bring freedom to the Iraqi people. The American taxpayers spent many hundreds of billions of dollars to make this happen.
There is an ongoing civil war where different factions from the “religion of peace” are fighting to decide which imam will be in charge. Sunni or Shiite?
Friday, July 12: 84 people were killed and 77 wounded in attacks in 12 towns. Most of them were shooting intermixed with a few bombings.
Saturday, July 13: 46 people were killed and 106 were injured in 17 towns. Most of the attacks were bombings, with a few shootings and clashes.
Sunday, July 14:  77 people were killed and 223 injured by bombings and shootings in 18 towns.
All of the incidents above were sectarian. These periodic reports do not include local crimes.
It’s difficult to make a silk purse from a sow’s ear. Maybe future generations will gain insight from this war, but I doubt it.