Back when France was Cool 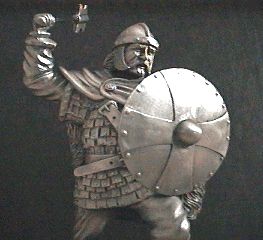 Facebook
Twitter
Pinterest
WhatsApp
I know there are people who really don’t like France. Having been there (for work) many times, I have to disagree. I enjoy both France and the French people. After all, it’s where much of my genealogy leads. Without French help, there would have been no United States of America. Without the the ‘french kiss’ the world would be colder and without french fries, the nation would be thinner—and cheeseburgers would be lonelier.

That being said, there was a time when France was a shining star.

Charles Martel (688 – 741) ruled France (then called Francia) from 718 to his death on October 22, 741.  He never pronounced himself king or had others do it, but everyone knew that Charles Martel ran the show. His grandson, Charlemagne expanded what he started as the first Emperor since Rome fell.  His last name, “Martel” is honorific, meaning “the Hammer”.

Martel consolidated what is known today as “France” from Bavaria, Alemannia, and Frisia and he fought to repel the invading Muslims. (something nobody in France seems to have done much of since then)
The apex of Martel’s career took place at the Battle of Tours in 732. Abdul Rahman al Ghafiqi brought a huge force of Arab and Berber cavalry (Umayyad Kingdom) and routed the Franks at Bordeaux, sacking the city. The battle of Tours took place at Poitiers (also the site of a French defeat at the hands of the English) and the Muslim ambitions on Europe were crushed along with their army. The fate of the Europe hung in the balance and that of Christianity as well.
In 735, the Umayyads sent another army into France and Martel again, routed the Muslim forces, extending Frankish influence south. The Muslims still occupied Spain, but their ability to subsequently mount another invasion north of the Pyrenees mountains was blunted for the next thirteen hundred years (up to the present day).
Fast Forward –>  –>  –>  –>
Today nearly 10% of the French population is Muslim due to generous immigration policies over the years. The past decade has brought a series of riots to France where Muslims wish to supplant French law with Sharia, the law of Islam as part of an Islamic state, within France. Since the population is not yet a majority, there has been no movement to supplant the French secular state with an Islamic state. The current movement presumes to act within the political structure to establish a “separate” legal system for Muslims.

Islamists often present themselves as a revival movement, a call to Muslims to renew their adherence to fundamental Islamic religious principles and laws, which initially apply only to Muslims.

A return to following the laws outlined in the Qur’an (“Coran” in French). Islamists support a revolutionary and political reading of the Qur’an, they criticize the anti-Islamic times, also known as a return of the ignorance before the Prophet Mohammed. (“jahhiliyya” – Arabic for ignorance). This position has been adopted, for example, by the djazarist faction of the G.I.A. This group argues that France itself should ultimately be Muslim in nature. 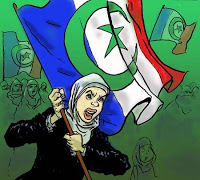 According to Pascal Mailhos, chief of the Renseignements Généraux (RG), out of 1700 known places of worship, 75 had been subject to attempts of destabilisation by radical elements (supported by foreign interests), half of them resisting the attempts. Islam in France is subject to strong foreign influences. Statistically, only a third of the imams in France have a good command of the French language, another third an average command, and the last third a poor command. The loyalty of imams in France usually can be traced to a foreign homeland and charismatic leader.
This leaves me wondering whether or not Charles Martel’s genes still exist within people in France.