Do the Chinese Want the Moon? 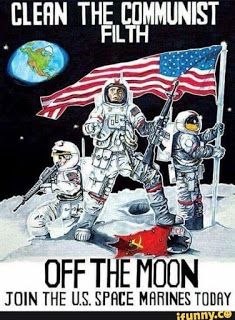 The caption posits a question and the answer is that being celestials, the People’s Republic of China (the worker’s paradise) feels that they are ENTITLED to the Moon.
Americans know that they Moon is ours because our flags are the only ones that are flying there. However I have disturbing information for you that will be confirmed when we return as tourists to the landing sites. The sun will bleach those flags WHITE over time…yes, surrender flags. Thus it’s critical that the space marines (a component of Space Command) return and replace the old flags with new ones that can’t be bleached out.
And where are those intrepid Space Fleet leaders today? What are they doing? How are they spending their summer vacations? Are they in weightless chambers of the Vomit Comet, at high altitude? Are they in water tanks wearing space suits, practicing for construction work in orbit? 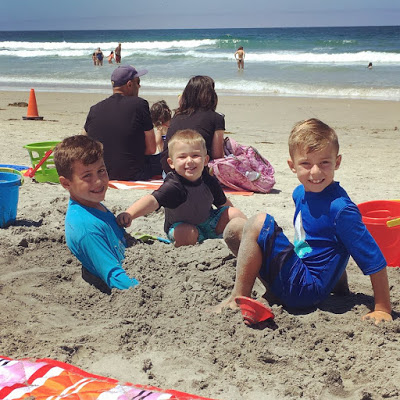 No, they’re at the beach.
With mom and dad (my oldest daughter, Amanda and her husband, Braden).
They are holding themselves in readiness for that day when they will be called upon to go where no man has gone before.
Left, half buried in sand, is the intrepid starship captain, supported by the space fleet construction admiral who is known as “Wreck-It”. To the right is the ninja leader of the Space Marines Commandos. Together, they make Ming-the-Merciless (was he really Chinese?) look impotent. 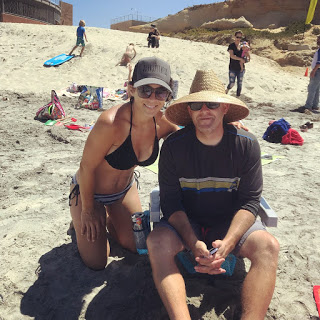