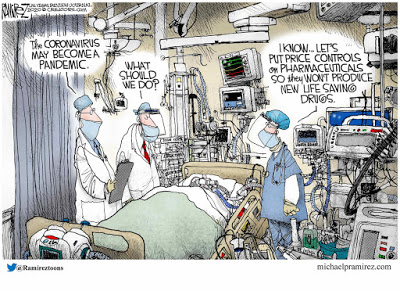 
It might be helpful if the situation regarding pharmaceutical research be revisited.

Bringing any vaccine or drug to market is very expensive and it’s only getting worse. As products hit the market there are teams of lawyers who hope to cash in by getting you ‘what you deserve’ when they don’t work as well as advertised. I realize that Big Pharma gouges with prices, I realize that free enterprise isn’t free. But when something goes wrong for the general population, people always look to those private companies for unique and innovative solutions NOW.

Doctors working on the front lines of the novel coronavirus (COVID-19) outbreak have told the Taiwan Times that it’s possible to become reinfected by the virus, leading to death from sudden heart failure in some cases.
“It’s highly possible to get infected a second time. A few people recovered from the first time by their own immune system, but the meds they use are damaging their heart tissue, and when they get it the second time, the antibody doesn’t help but makes it worse, and they die a sudden death from heart failure,” reads a message forwarded to Taiwan News from a relative of one of the doctors living in the United Kingdom.
The source also said the virus has “outsmarted all of us,” as it can hide symptoms for up to 24 days. This assertion has been made independently elsewhere, with Chinese pulmonologist Zhong Nanshan (???) saying the average incubation period is three days, but it can take as little as one day and up to 24 days to develop symptoms.
Also, the source said that false negative tests for the virus are fairly common. “It can fool the test kit – there were cases that they found, the CT scan shows both lungs are fully infected but the test came back negative four times. The fifth test came back positive.” –Taiwan Times

Notably, one of the ways coronaviruses cripple the immune system is via an HIV-like attachment to white blood cells, which triggers a ‘cytokine storm‘ – a term popularized during the avian H5N1 influenza outbreak – in which an uncontrolled release of inflammatory ‘cytokines’ target various organs, often leading to failure and in many cases death.

How much is Too Much? 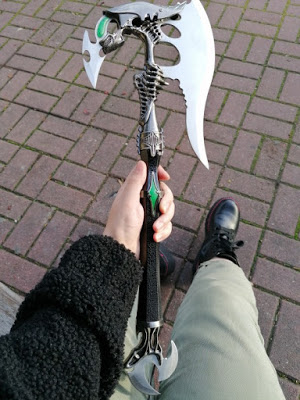 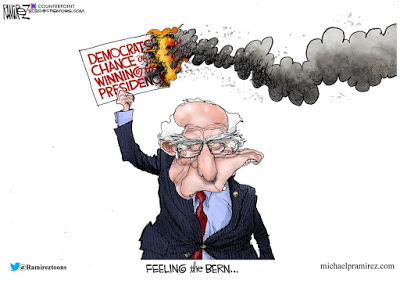 Do You Feel the Bern?
A lot of the bros feel as if the big win for Sanders’ National Socialist Workers is being snatched by billionaire Democrat and former Republican Mini-Mike Bloomberg. To date, Bloomberg has outspent Bernie Sanders by $400 million.
And what if Mayor Pete becomes the nominee? Will he invite Sanders to join the ticket as his VP so that BUTT–BERN can sail on to victory in November?