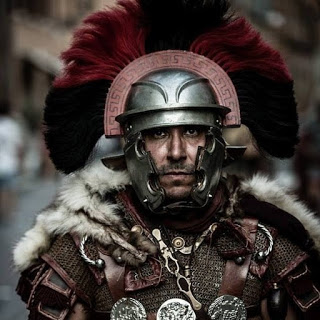 The Primus pilus or Primipilus was the senior centurion of the first cohort in a Roman legion. The origin of the name is ancient. In early republican armies, he was the commander of the first manipol of third line (triarii) A common, but wrong translation of “primus pilus” is “first spear”, however a much more accurate translation would be “first pillar” since the word “pilus”, sometimes confused with “pilum” or javelin, is a specific term to indicate the weapon of the triarii (a spear, not a javelin).
The Primus Pilus, centurion of the First Century of the First Cohort, was first in the hierarchy among the subsequent 58 centurions in a legion (59 total).
Julius Caesar, a flawed man, but a warrior in every sense of the word, and a man of great personal bravery had nothing but praise for the men who occupied the place of primus pilus in the line. The position was greater than NCO and was sort of a junior officer – but that does not equate well to modern armies. 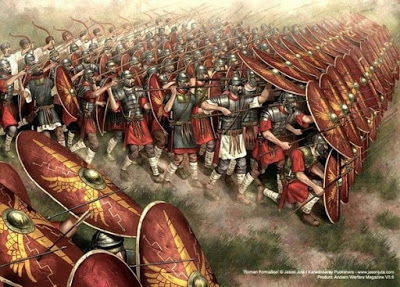 In Julius Caesar’s writings – in his words:

Book 2, Chapter 25: Caesar proceeded, after encouraging the tenth legion, to the right wing; where he perceived that his men were hard pressed, and that in consequence of the standards of the twelfth legion being collected together in one place, the crowded soldiers were a hinderance to themselves in the fight; that all the centurions of the fourth cohort were slain, and the standard- bearer killed, the standard itself lost, almost all the centurions of the other cohorts either wounded or slain, and among them the chief centurion of the legion P. Sextius Baculus, a very valiant man, who was so exhausted by many and severe wounds, that he was already unable to support himself;
Book 5, Chapter 35: At length, each thigh of T. Balventius, who the year before had been chief centurion, a brave man and one of great authority, is pierced with a javelin; Q. Lucanius, of the same rank, fighting most valiantly, is slain while he assists his son when surrounded by the enemy; L. Cotta, the lieutenant, when encouraging all the cohorts and companies, is wounded full in the mouth by a sling. 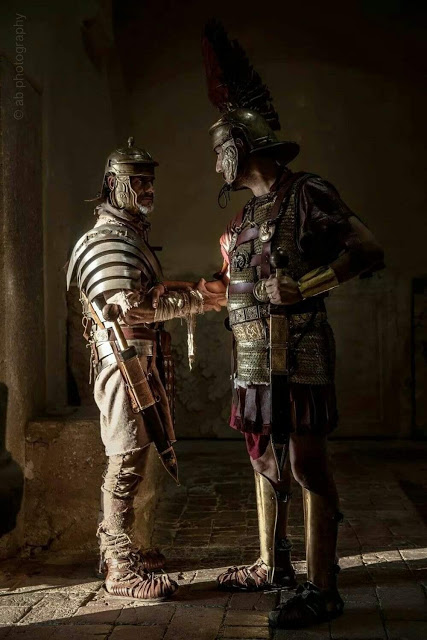 Book 6, Chapter 40: The centurions, some of whom had been promoted for their valor from the lower ranks of other legions to higher ranks in this legion, in order that they might not forfeit their glory for military exploits previously acquired, fell together fighting most valiantly.
Book 7, Chapter 50: At the same time Lucius Fabius the centurion, and those who had scaled the wall with him, being surrounded and slain, were cast from the wall. Marcus Petreius, a centurion of the same legion, after attempting to hew down the gates, was overpowered by numbers, and, despairing of his safety, having already received many wounds, said to the soldiers of his own company who followed him: “Since I can not save you as well as myself, I shall at least provide for your safety, since I, allured by the love of glory, led you into this danger, do you save yourselves when an opportunity is given.” At the same time he rushed into the midst of the enemy, and slaying two of them, drove back the rest a little from the gate. When his men attempted to aid him, “In vain,” he says, “you endeavor to procure me safety, since blood and strength are now failing me, therefore leave this, while you have the opportunity, and retreat to the legion.” Thus he fell fighting a few moments after, and saved his men by his own death.
Book 7, Chapter 51: Our soldiers, being hard pressed on every side, were dislodged from their position, with the loss of forty-six centurions.