President Obama and his race-baiting henchmen Eric Holder and Al Sharpton are now 0-2. Just when they thought they had a flash point for a race war in Ferguson, Mo., after the one manufactured in Sanford, Fla., fizzled. The forensic evidence ruled in both cases. Don’t you hate it when proof shows up in a trial that the government tries to stack? It’s not all that different than Operation Fast and Furious. The government sold firearms to drug cartels in the hopes of using that as justification for wiping out our Second Amendment Rights…until federal officers began to be killed with those weapons — forcing Attorney General Eric Holder to perjure himself before Congress.

“Communities of color aren’t just making these problems up,” Obama insisted, blaming their trouble with law enforcement on “the legacy of racial discrimination” and even claiming their rioting is “an understandable reaction.”

“I have instructed Attorney General Holder not just to investigate what happened in Ferguson,” he announced last week in Chicago, “but also identify specific steps we can take … to make sure that law enforcement is fair and is being applied equally,” as if it isn’t already.

African-Americans still represent less than 13% of the population but currently commit 53% of the nation’s murders. In urban centers like St. Louis, as well as Chicago and New York, their share of homicides is even higher, based on the US Justice Department’s own data. 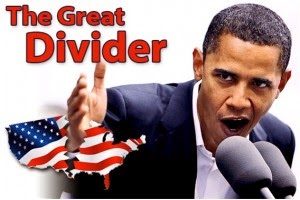 I find it amazing that Holder, Obama and cat’s paws like Reverend Al Sharpton and Jessie Jackson haven’t launched a crusade to determine why that is the case and found resolve to do something about it. It’s an effort that the nation would get behind because it’s in everyone’s best interest to work together to solve it.

Holder prejudged the Brown shooting as a racist execution, even likening it to the 1955 murder of Emmett Till. The Attorney General didn’t refer to evidence, he wanted to light the streets on fire and to create a crisis in the Black Community because that we know from Obama White House Doctrine that there is no such thing as a crisis…it’s just an opportunity.

Blaming black crime on racism does nothing to solve the problem. It only keeps the furnaces of hate burning in the hood and encourages young black men to use race as a pretext to resort to lives of crime. There’s no “racial divide,” as the race baiters claim. But there is a cultural divide, and it only widens with each round of apologia from black leaders who stand guilty of black-on-black political crimes. Brown was immersed in that culture, and it cost him his life.

Who Was Michael Brown?

To portray Brown as a civil-rights martyr is the height of dishonesty. The record now shows he was a wannabe gangsta, victim only of the welfare plantation that left him fatherless and living in subsidized housing where he idled away in a pot-smoking haze.

His partner in crime, Dorian Johnson, shocked grand jurors by casually testifying he smokes dope first thing in the morning. The 22-year-old baby daddy doesn’t get up and get dressed for work. No, he gets up and starts rolling blunt.
I smoke marijuana in my mornings when I start my day off,” the jobless Johnson boasted, adding he and Brown were on a quest to score some “rillos,” or cigarillos.
Like too many young black men, he and Brown would cut open the slim cigars, empty out the tobacco and replace it with weed, turning them into oversized joints.

This ambition-robbing daily habit led to the Ferguson tragedy. Smoking blunt was all they cared about — get up, get “rillos,” get back, roll blunt and get high another wasted day — even if it meant robbing a convenience store.

It’s really no different that what young Barack Obama did, and one can not blame Barack for feeling a kinship with Michael Brown.
One of the Brown family lawyers, in excusing Michael’s strong-arm robbery, said it’s not like he gave the store clerk “a beat down.” The culture of violence in the black community is so pervasive that black lawyers reason like thugs.
Racial discrimination isn’t the issue behind Ferguson, not even remotely. It’s black criminality and its enablement. Rather than feeding into street paranoia about bigoted cops, a responsible leader would educate the black community in the same basic rules of conduct every white person must follow when interacting with police.