Disposing of an Embarrassing Situation 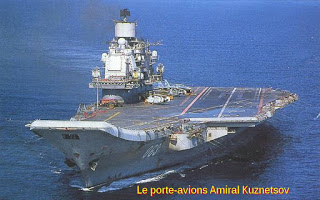 Facebook
Twitter
Pinterest
WhatsApp
On 6 January, General Gerasimov. Chief of the General Staff of the Russian Armed Forces, announced the decision by President Putin to reduce the size of the Russian expeditionary forces in Syria.

The first phase of the drawdown will involve the withdrawal of the aircraft carrier Admiral Kuznetsov and its escorts. Colonel General Kartapolov, the commander of Russian forces in Syria said that all combat tasks assigned to the aircraft carrier group have been accomplished.
President Putin made the decision on the timing of the force reduction on 29 December. However, last summer, when the Russian Defense Ministry first announced the deployment of the Admiral Kuznetsov to Syria by October, it stated that the aircraft carrier would only operate for three months. After that, it was scheduled to return to Russia for an extensive and lengthy overhaul and refit.
The Fleet Tugboat Nikolay Chiker had to take the Russian flagship under tow to get it to Syria and it will be there to tow the Admiral Kuznetsov back to a Russian dry dock. The “combat” presence of the faulty Russian aircraft carrier is an embarrassment to Russia and to the Russian Navy. This underscores a known truth that Russian naval aviation has a long way to go.
The Americans may make look seaborne launches, traps and aircraft carrier operations look like a finely crafted ballet. Copying that is more challenging than it appears.