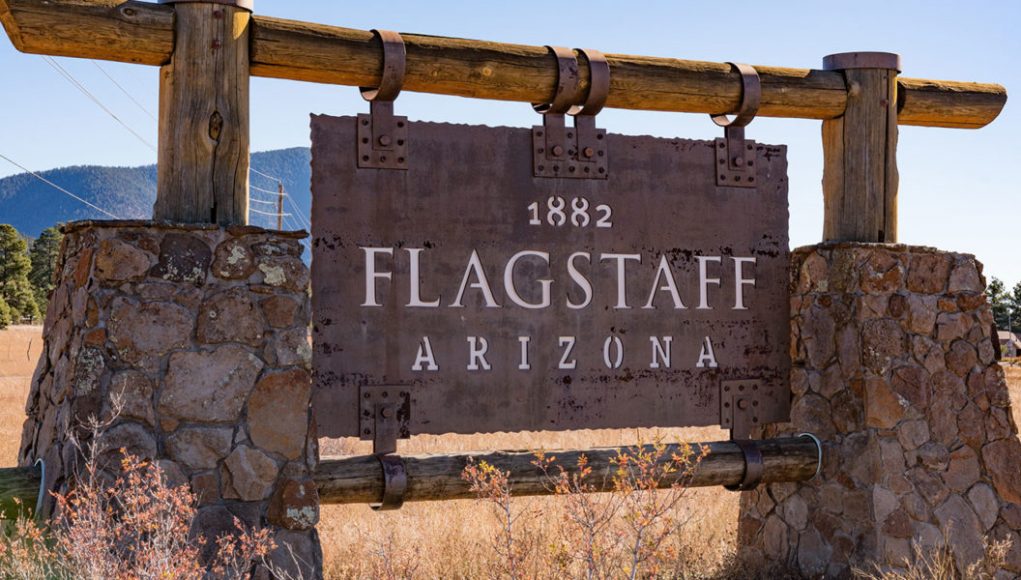 Do you Love Google?

Without Google, the dream of a One World Government would likely never happen, as it relies on social engineering and artificial intelligence. It’s time to realize that privacy equals freedom. more here

You actually can’t. So many companies take part in this and if you block them all Google AI will go on the offensive and attack your network until they get in and can collect the data they want. As for this blog, I hope that they read it and learn something from it. 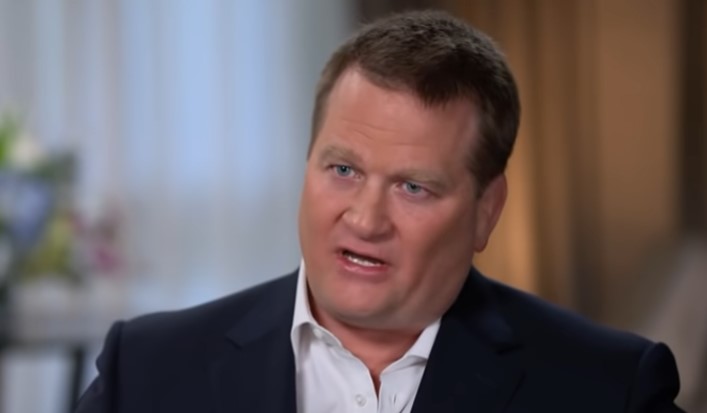 This should be fun. They’ll run the one-hour interview through the whole segment. Pop your popcorn in advance, get a nice, ice-cold Diet Dr. Pepper and enjoy!

Zbigniew Rau, of the ruling ‘Law and Justice’ party, said the note will be handed to Germany’s Foreign Ministry and comes on the eve of Rau’s meeting in Warsaw with German Foreign Minister Annalena Baerbock, who is to attend a security conference.

Except that the Nazi government was destroyed and its leadership were killed or are dead. The German people who are alive today didn’t take part in the destruction of Poland. He should go after Russia and demand £1.1 trillion from them and threaten to invade them if he doesn’t get it…yeah, right. This political grandstanding never accomplishes anything and only serves to deepen divides because the Polish people are aggrieved.

CDC reported that there may be a causal relationship between aluminum in childhood vaccines and persistent asthma. What will be done about it? Don’t hold your breath. Vaccines should not be political but they are.

* “No president can legally serve three terms. Hence the need for a figurehead. Biden is just a “DDD”- a dummy with dementia and diapers. He says whatever is written on cue cards and signs whatever paper is put in front of him. Which allows Obama to run the country from the shadows.” more from Gateway Pundit

* I don’t know how you feel about Bill Gates, but he understands that it’s better to own a politician than to be one. Another article from Gateway Pundit.

* Are Democrats in Congress actually promoting the illegal use of fentanyl through their failure to act? (article)  I realize that the Chinese Communist Party derives a lot of income from trafficking fentanyl — but come on.

* Gov DeSantis: Florida is a second amendment state, don’t loot and get shot.

The jokes write themselves and they’re all around us.

The Value of a good Partner (meme-of-the-day) 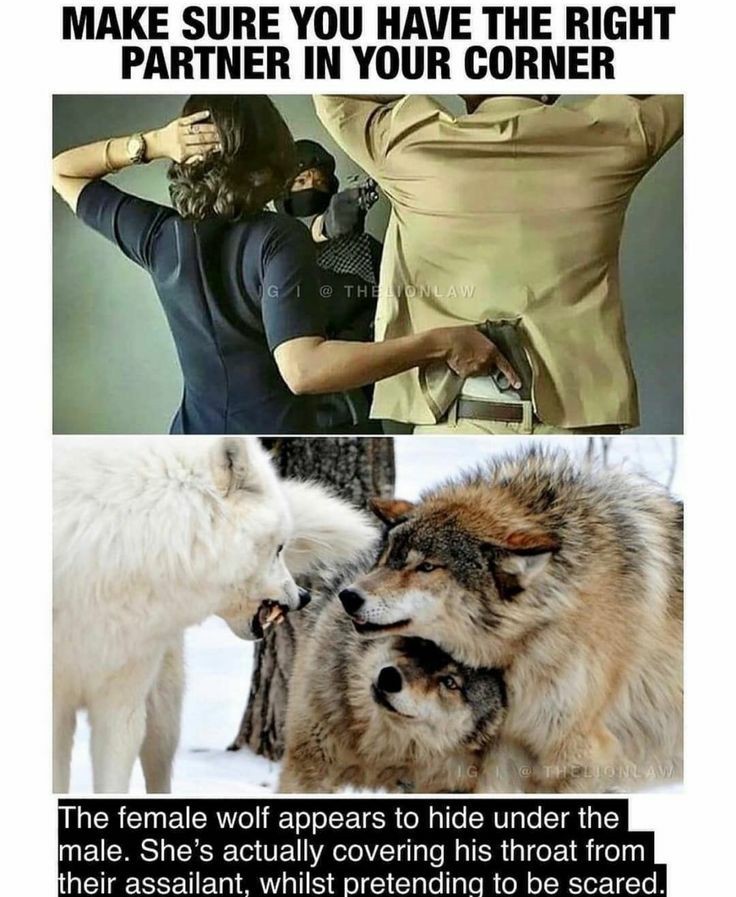 The picture above can be deceiving because YOU know that the White Wolf will prevail. Be patient on the challenge coins. 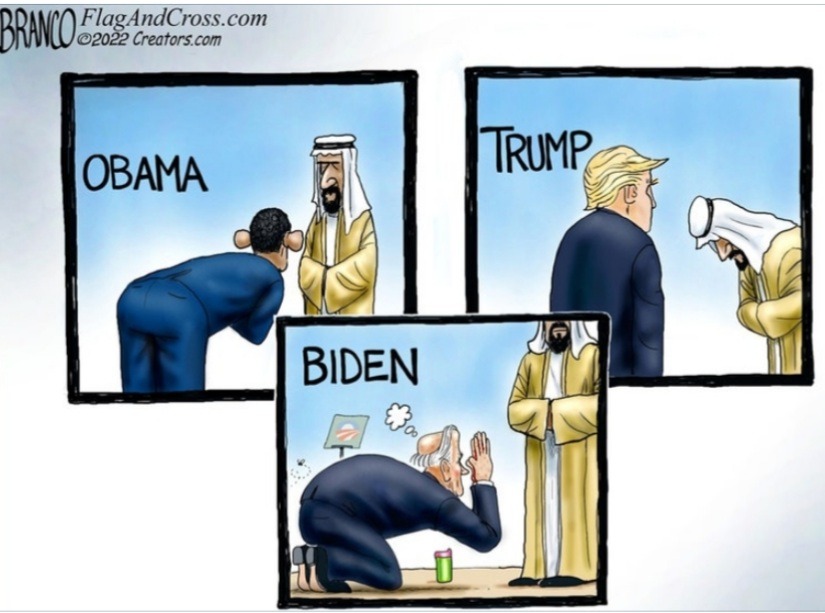 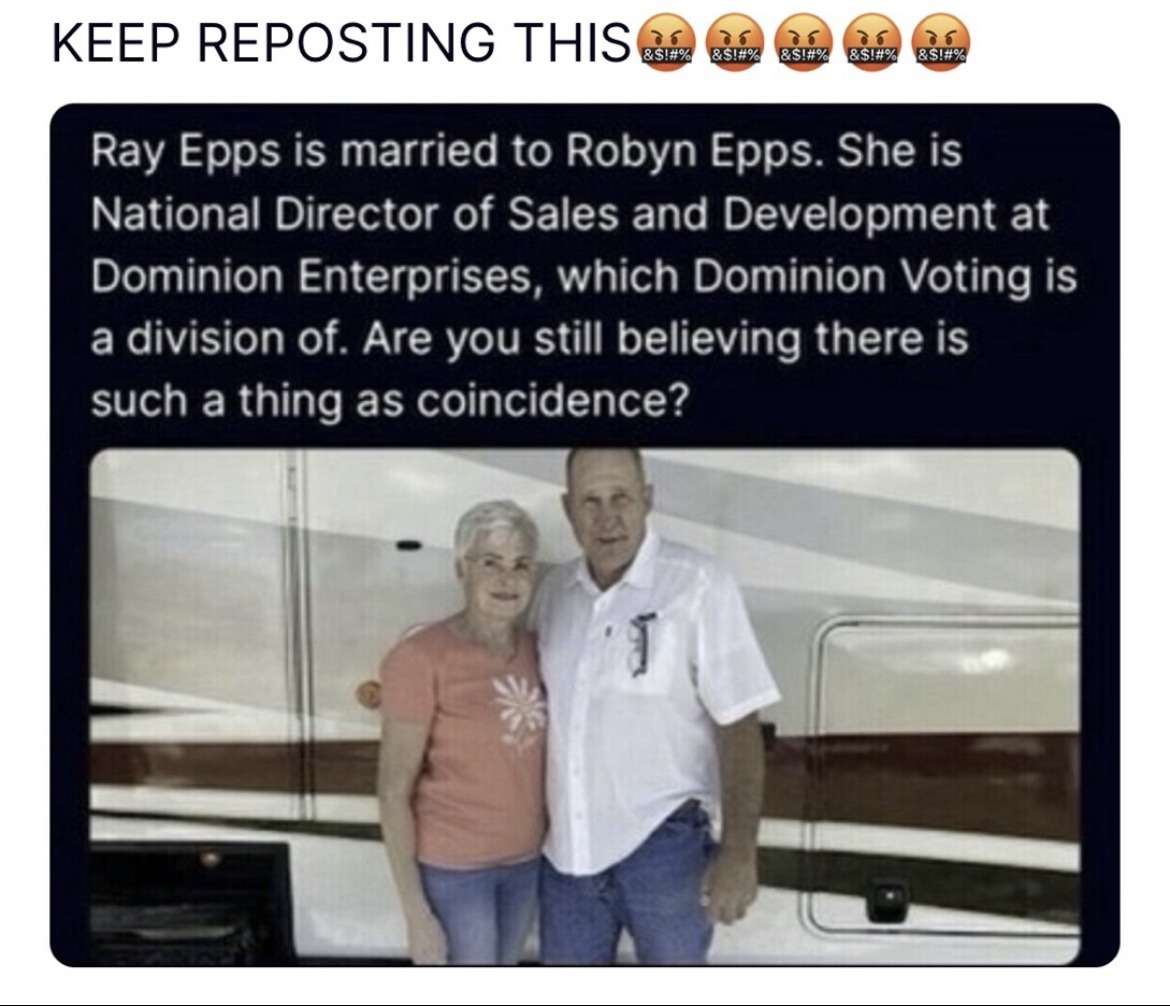 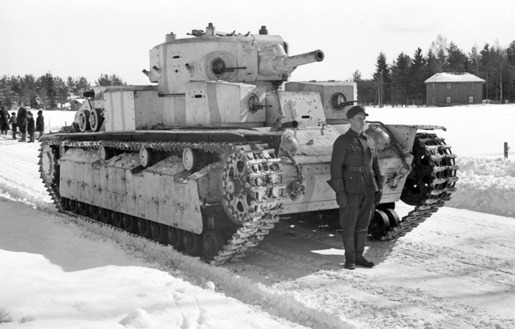 On October 2, 1835, a skirmish west of Gonzales signaled an enormous change in territorial leadership, politics, and culture, and paved the way for Texas to become a republic. The incident grew out of Col. Domingo de Ugartechea’s demand late in September for the return of a cannon that had been given to the settlement for defense against Indians. 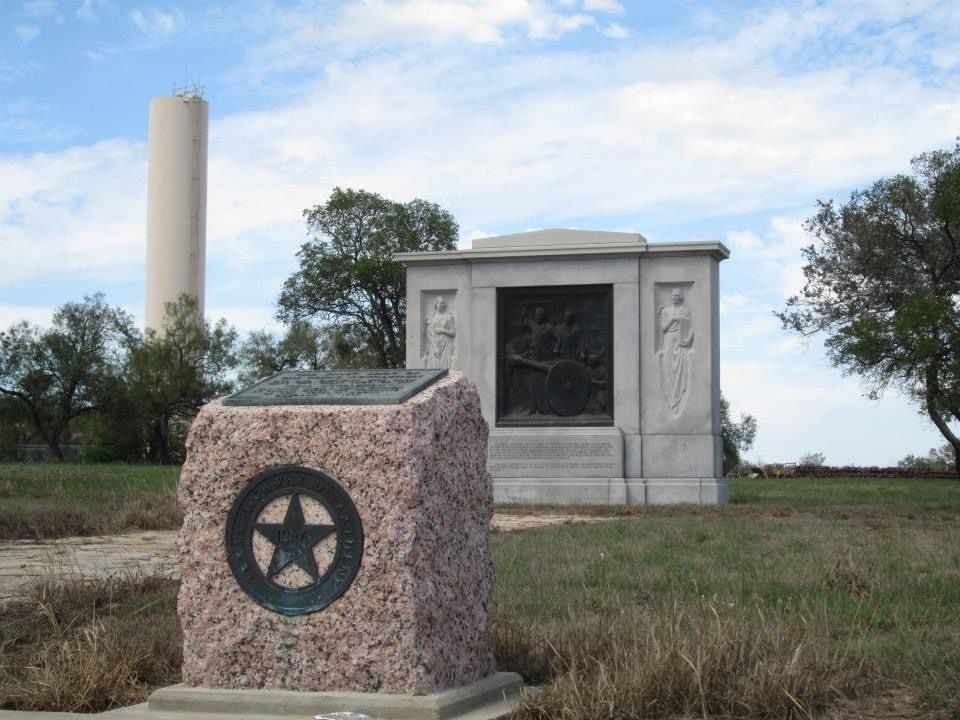 Gonzales alcalde Andrew Ponton sent word to other colonists that he had refused to surrender the cannon, which on September 29 was buried in a peach orchard. From September 30 to October 2, the number of defenders at Gonzales had grown from 18 to about 160. They dug up the cannon, mounted it on oxcart wheels, filled it with chains and scrap iron, crossed the river, and marched toward the Mexican troops led by Francisco de Castañeda. When Castañeda requested that the cannon be returned to the Mexican military, the defiant Texians issued a challenge: “Come and take it.” A discharge from the six-pounder cannon caused Castañeda and his force to retreat and the action became known as the first shot of the Texas Revolution.

The approximate site where Texians fired the cannon was first marked in 1903 through the efforts of local schoolchildren. In the 1930s, the event was selected for special commemoration as part of the statewide Texas Centennial celebration, with the 1937 dedication of a granite and bronze monument. In 1937, the Texas Highway Department completed a spur connecting the Centennial monument park with the 1903 dedication site, thus creating one of the first Texas state highways designed for the sole purpose of providing vehicular access to a historic site. The First Shot Monuments Historic District in the unincorporated community of Cost was listed in the National Register of Historic Places in 2017. 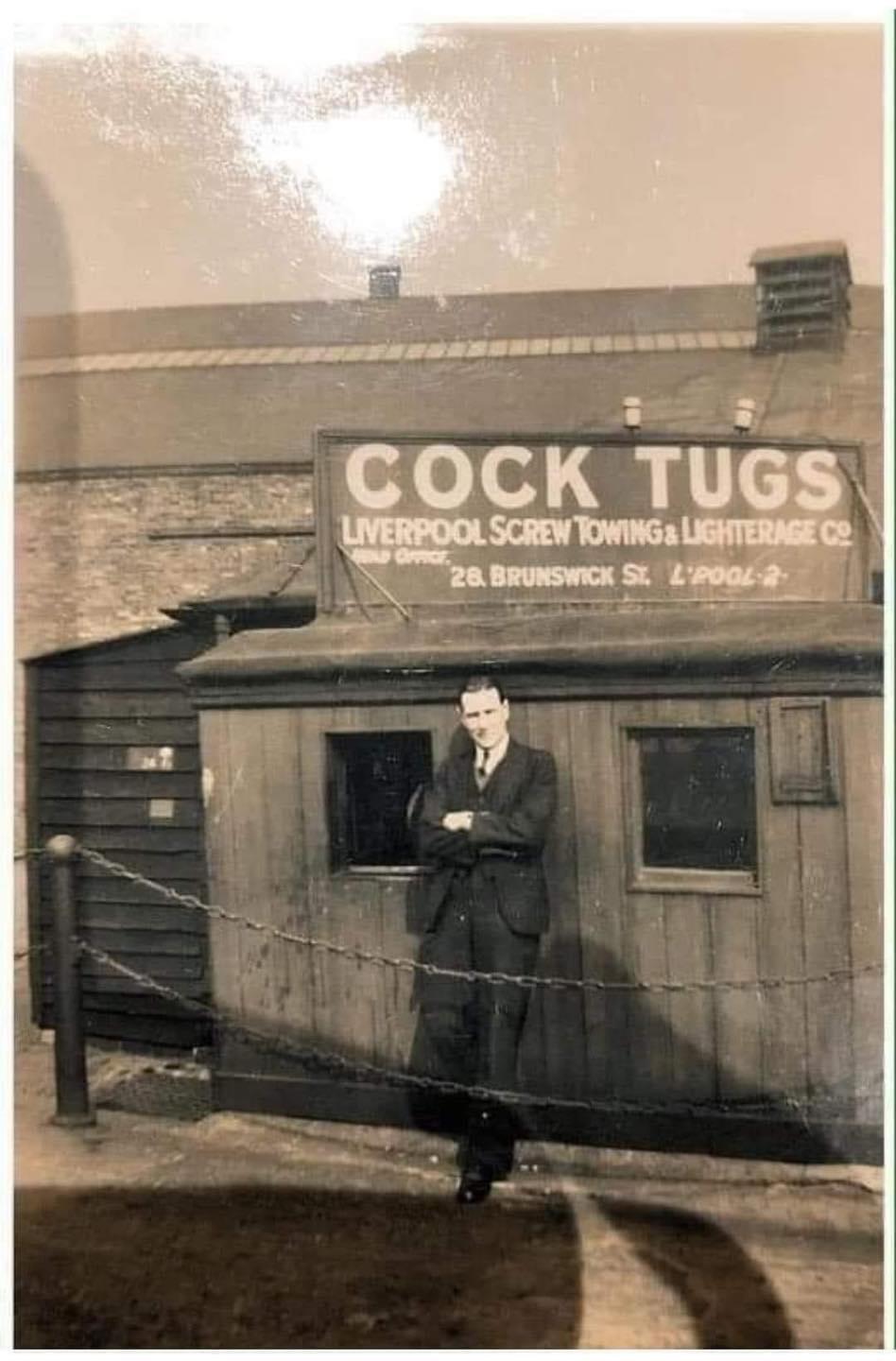 There was a period of time when smaller boats were used by ships, these were called cocks, or cockboats, and the people in charge of them were called coxswains, which is now a term used in rowing.

Screw towing is moving ships with tugs and lighterage is when you transfer cargo from a larger ship to a smaller one.