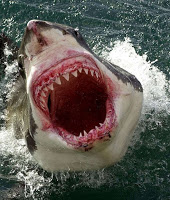 Facebook
Twitter
Pinterest
WhatsApp
The Weenie
This term, which began during the Vietnam War, refers to the body count. It has evolved a bit to include “the bottom line number”. So, what is the weenie in Venezuela? What will it take for the generals to get off the bench and dessert Maduro? Because I am closer than most Americans to events in that progressive country, I now have that number. The mordida that the generals and admirals (yes, there are several for that puddle pirate navy) is US$500 million. They’ll flip sides and will embrace hope and change.
The US State Department will not pay the weenie. It’s not the Obama State Department filling USAF aircraft with currency and delivering it to the Ayatollah anymore. And while the US people feel sorry for the starving socialists in Venezuela, they still recall that the Venezuelans wanted socialism out of greed and lust for other people’s money.
Whenever there is a call from somebody I know for regime change, I say, “would you trade the lives of your children/grandchildren for regime change in Venezuela, because we’re putting somebody’s kids lives on the line?” The answer has been a unanimous “no”. Wow — no. You see, that is the litmus test for war. If the answer was a unanimous “yes”, I’d say that we should go in and stomp the Cubans and their masters in the Venezuelan capitol. But it’s not. So we shouldn’t.
We all feel heartfelt sorrow for the people of Venezuela, but they have to show a commitment for freedom before we send our sons and daughters to save them.