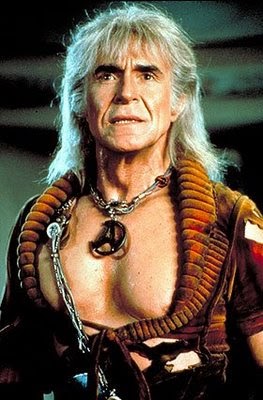 Facebook
Twitter
Pinterest
WhatsApp
It’s coming – and it’s only a matter of when. Cracking the human genome and the perfecting of gene splicing opened the door to creating genetically superior humans, so-called designer babies. Today Britain took the step of legalizing the slippery slope.

(Fox News) Britain voted on Tuesday to become the first country to allow a “three-parent” IVF technique which doctors say will prevent some inherited incurable diseases but which critics see as a step towards creating designer babies. (Read More Here – Fox News)

The treatment is known as “three-parent” in vitro fertilisation (IVF) because the babies, born from genetically modified embryos, would have DNA from a mother, a father and from a female donor.

Justified as a cure for illness

“I wouldn’t stand here and defend the concept of designer babies — choosing the colour of the eyes and all the rest of it. This is about purely dealing with those terrible, terrible illnesses,” opposition Labour lawmaker Andrew Miller, chair of parliament’s science and technology committee, told the debate.

International charities, advocacy groups and scientists had urged Britain to pass laws to allow the treatment, saying it brought a “first glimmer of hope” for some families of having a baby who could live without suffering.

“We have finally reached a milestone in giving women an invaluable choice, the choice to become a mother without fear of passing on a lifetime under the shadow of mitochondrial disease to their child,” Robert Meadowcroft, chief executive of the Muscular Dystrophy Campaign, said following the vote.

It made for great science fiction – from Huxley’s Brave New World to Star Trek’s Wrath of Khan and the famous Star Wars clone Imperial Army.
Once the door is open, “refinements in technique” can take place, which move forward toward this seemingly inevitable human leap. Will all perfect male babies born in the future look just like me? Yes, it’s likely. Would America use me as the pattern for the new clone army that they will want to produce to fight ISIL? Why not?
In all seriousness, this will be the mark of the future – where rich nations will be able to ‘design’ babies free of genetic weaknesses while poor nations will not. Thus the future generations of genetically superior, stronger, longer lived, more intelligent, more attractive and disease resistant children will inherit the Earth – the Brave New World. And Britain will be recalled in future history books as the nation that took the first step.