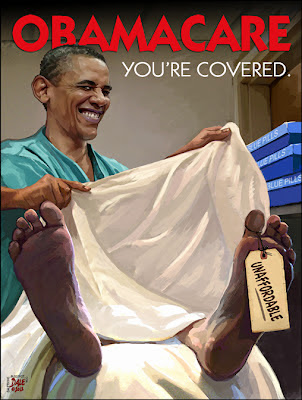 Facebook
Twitter
Pinterest
WhatsApp
With less than 100 days to the election and the Democrats in full mud slinging mode, I think it’s time that we review what a few of the key Democratic Party Faithful have done for us as a nation and what they may be doing in the future. First, there is the leader of the Free World, President Barack Obama, who is also the leader of his Party.  He refuses to discuss his benchmark legislation, ObamaCare on the stump as he campaigns. Yes, this is the same healthcare that he exempted himself from.

Please don’t blame him for four years of trillion dollar budget deficits or ask him why the Democratically controlled Senate hasn’t passed a budget in the past four years. Accountability isn’t something he’s comfortable with. The new slogan is “FORWARD” (forget the past and the record). 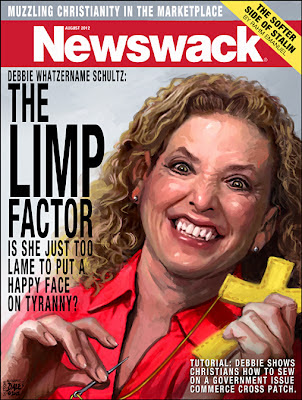 Deborah Wasserman (D-FL) is another key Democratic Party luminary in her role as Party Chairman. She’s one of those people in Washington with even less real-world experience than Barack Obama because she graduated from college, became a Congressional Aid (and some say concubine) to Congressman Peter Deutsch. At age 26, Deutsch urged her to run for his congressional seat and with his backing and his campaign chest at her disposal, she won. Let’s not talk qualifications, though. That’s  reserved for attacking Republican Party members. 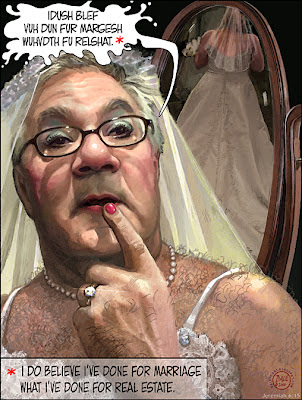 Barney Frank (D-MA), noted homosexual and Congressional gadfly, worked hard to put an environment in place that caused the economy to crash in 2008-9 but if you asked him about it, he’d blame then President George Bush. Defer, deflect and blame others is Barney’s legacy. 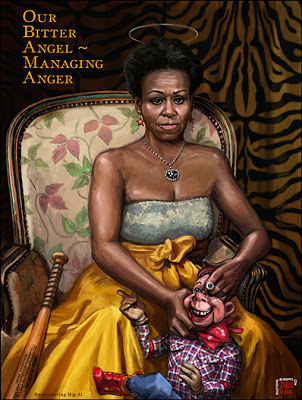 Some people forget America’s First Lady, Michelle Obama in the Democratic line-up because she’s simply the President’s wife, though she’d like to be president one day so that she can pay back white people for perceived wrongs and slights. 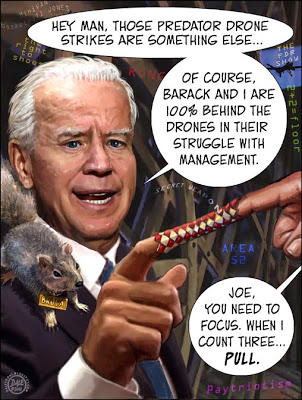 Hey, leave poor old senile Vice President Joe (Slow Joe) Biden out of this. He’s doing the very best that he can with the limited tools available at his disposal.
H/T http://daletoons.blogspot.com for the images here.
With people like this leading the charge for the Republic, the American people really DON’T need enemies. Somebody tell the terrorists that want to blow things up that we’re doing a fine job by electing and supporting these ‘leaders’ all on our own.