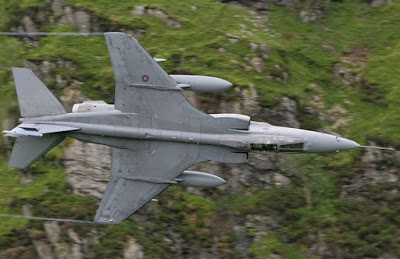 Facebook
Twitter
Pinterest
WhatsApp
I’ve heard rumors that the British are starting to get serious about defending their island(s). I’ve heard those same rumors before, but this time they’re different by degree partly because of BREXIT.

The changing nature of advanced surface-to-air missiles has changed the way that the UK’s Royal Air Force trains to fight. Since getting a few feet off the deck can mean an unhappy ending, they train to hug the terrain.  I personally feel as if they need to buy some F-18G electronic warfare aircraft from the US in an attempt to help resolve their vulnerability.

The British did plan to build a replacement for the venerable Hawker Siddeley Nimrod MR2, but the BAE Systems Nimrod MRA4 never made it off the drawing board. The roles intended for the MRA4 are filled by existing assets such as the Type 23 Frigate and the Merlin helicopter. On 23 November 2015, the UK announced its intention to order nine US made Boeing P-8 Poseidon ASW aircraft, as part of the Strategic Defence and Security Review 2015, effectively replacing the Nimrod.
Notice that I am not bashing the Royal Navy, which relies on its allies’ good will – to partner with in operations. The Brits will throw in a frigate as a member of an American carrier task force or they will take their turn patrolling shipping lanes against piracy and that’s all useful. But it’s not what they used to do. They rely a lot on helicopters and their three helicopter assault ships, but the ships lack a lot of capacity for offensive action unless one writes of amphibious assault and they can do that so long as nobody with any military capacity is shooting back.
If Great Britain ever wants to be great again, they need to take their status as an island nation seriously and rebuild their capacity for self defense. But that’s just my view.