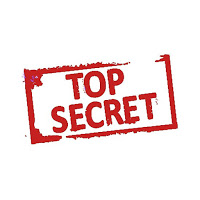 Facebook
Twitter
Pinterest
WhatsApp
Sometimes you think that you want something and you work to get it, and then you get it, and it’s not quite what you’d hoped for.

That quite simply, is the situation that the Democrat Party finds itself in. It’s favorite sions behaved reprehensibly during the last presidential campaign and the chickens are coming home to roost. They’ve treated President Trump badly and though he’s a populist, not a conservative, the Democrats still have wanted a pound of flesh.
AND that for which they’ve pushed shall come to pass as all documents and information pertaining to illegal spying on the Trump Campaign and transition period will be declassified. Oh, there will be a spin, but there’s also the grand jury problem. If you testify and lie, it’s perjury and then you could end up in prison, hoping that a Democrat president will be elected so that you can be pardoned.
Pushing President Trump until he declassified all the skullduggery that has gone on was a horrible tactical move in the political world of the Beltway. The Donkeys didn’t think that President Trump had the balls to do it. Oops. 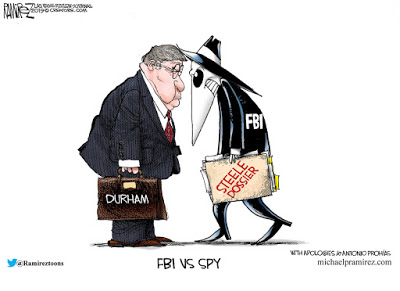 Declassification is a doughnut that even the mainstream media will eat because of the sprinkles on it. They worst thing to a newsie is to be scooped. And this is the scoop of the decade. So they might even resort to eating their own. They can keep quiet about the inditement of the Creepy Porn Lawyer who they loved so deeply, but oh, the things they can publish about Crooked Hillary, Barack, Biden, Susan Rice, John Brennan, Big Jim Comey, and the rest of the conspirators. The FBI will be laid naked in their collusion and conspiracy. As an institution it’s the child of Hoover. It’s their nature to do these things. Keeping it private has always been important and hiding behind classification works — unless your target is the one person who can DECLASSIFY anything that he wants to.
TS/NF/WNINTEL/LIMDIS/ORCON, etc. doesn’t intimidate a president, because he’s the commander -in-chief and President Trump just pulled the conspirator’s pants down. Even CNN might weaken and look at the bared rump and report on it. Who actually colluded, who actually conspired, who actually was a traitor, who actually created and tried to foist a coup on America? You can’t hide behind that classification anymore…
Senile old Speaker Nancy Pelosi (D-CA) decided to keep pushing the button. Well done, Nancy.
Time to pour a little caramel onto that popcorn that you’re eating. Things are about to get interesting.