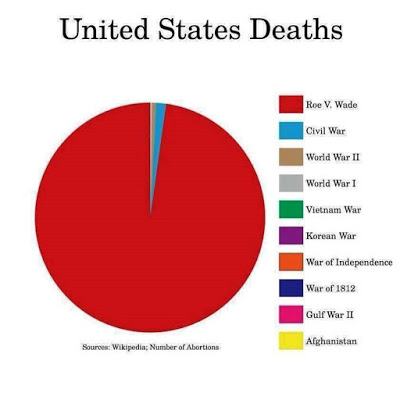 There are different ways to look at it, aren’t there? Some would argue that there is a war of sorts brewing on whether or not it’s acceptable to murder a child in utero (where there has been no rape/incest or threat to the life of the mother).
Yes, I realize that there is a division of opinion on this blog. Virtual Mirage readers are not a bunch of progressive lemmings.
However, the scope of the activity sometimes escapes you and I merely wanted this to serve as a reminder that the progressives continue their march and their demand to kill on whim, right up to the moment of birth – because Planned Parenthood and its affiliates are all over the “right” to a third trimester abortion when the infant is viable and can be born normally and live a life. Who is to say whether that person’s life is more valuable than any other? Apparently the law says so. Bravo. The numbers speak for themselves.
Grandsons 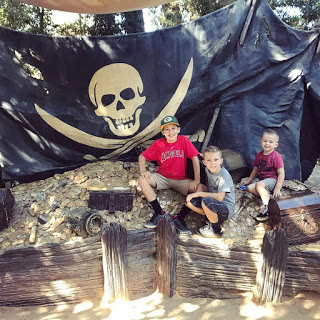 Some of the LL grandsons visited Disneyland  on Sunday, and were drawn to the pirate related things in the park. I explained to my daughter that their DNA, which includes genuine maritime pirates from the 17th Century is calling to them. If you watched the three boys play, you’d swear that they were planning to swarm over the deck of an enemy frigate by swinging from the rigging, cutlass in hand. But I think that’s true of every normal boy isn’t it?
One of the greatest joys in life is children and grandchildren. Ok, there can also be heartache because life – is life.
I spend what time I can with the grandkids because as I age, I begin to view time differently than the young pirates. A bit more sand slips from the hourglass every day and you have to decide what is important. I’m proud of my daughter’s decisions to put family first, to have children and to be good and worthy mothers. Because the only real value in life is family.