Fidel Castro, the communist dictator who ruled Cuba for nearly half a century, is dead at age 90 according to Cuban state television. Castro rose to power during the Cuban Revolution, toppling Fulgencio Batista’s regime in 1959 alongside his brother Raul and Che Guevara. He then transformed the nation into a single-party, communist state and installed himself as dictator. In recent years Castro had largely retreated from the public eye, rarely appearing in public since relinquishing power to his brother Raul in 2008.
Most young Americans don’t know who Fidel Castro is but they recognize Che from the t-shirts — not knowing who he was either. It speaks to our university system (below).
Sanctuary Universities
Will vastly expensive private universities be handing out full-ride scholarships to illegal aliens in an effort to keep them on campus? 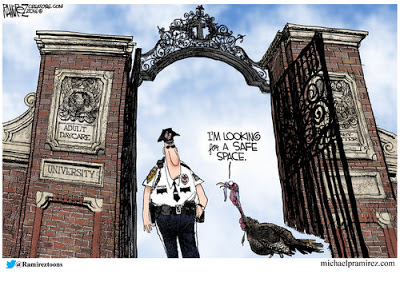 I haven’t heard the result of their kibitzing yet, but a number of universities have declared themselves to be “sanctuary campuses”. I don’t know how many illegal aliens can afford to be there at $60K per year + numbers. Any thoughts?
The Weather

The United States has bankrolled much of the “environment industry” worldwide to date. There are a lot of non-government organizations (NGO’s) and a lot of countries which feed at the trough to try and change the weather.

The US spent $77 billion between 2008 when Barack took office and 2013. President Trump has said that withdrawal from the nearly endless waste of effort in this regard would save the country $100 billion during the next four years. I think that’s a fair number. There are better places to put $100 billion, even if you planted trees or improved roads (reducing traffic jams that waste fuel and pollute the air).

President Trump appointed climate sceptic Myron Ebell, who is in charge of the the Environmental Protection Agency transition. Mr. Ebell may become Secretary of the EPA to oversee it’s downsizing. There is no word on that as of this writing. The climate change lobby hates Mr. Ebell with a passion. Naturally, it speaks well for him in the circles that I move in.

Worldwide Industrial emissions have stopped growing over the past two years, largely due to changes in the Chinese economy that are not connected to any green agenda. Moreover, the US economy is set to substantially de-carbonise because hydraulic fracturing has unlocked VAST oil and gas reserves, which resulted in gas prices falling below well below coal.

Donald Trump’s historic election win and repudiation of climate agreements does not mean that emissions will climb. Emissions are reponsive to changes in economies, in particular changes that occur in the gigantic Chinese economy. Major policy shifts such as the Chinese government ordering a rationalisation of smelting capacity, which it is reluctant to do, would probably have more short-term influence than generally worthless agreements at international meetings.

Popular wisdom is that Jill Stein, Green Party candidate for president, who didn’t win a single county in America during the recent election, is calling for ballot re-counts in battleground states for one of or all of the following reasons: 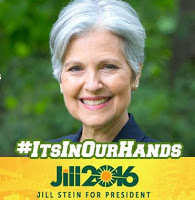 My sense of the matter is that she wants to be a player in the post-Clinton political scene and she is raising money to do that through this re-count gambit. When you consider that nobody really knows who she is or what she stands for (besides being ‘left of Bernie’ – and full 1984 commie), it’s not a bad idea to do this because she got her mug (above) on this blog and she’s raking in the cash. Politics is like that. Bernie did well and she’s trying to grab his base for the Green/Rainbow Coalition.

Old NFO discussed the bitter melt-down going on inside of the Democrat Party, citing the article below, which was a re-hash of an article from the New Yorker magazine.

(Hot Air) You see the narrative emerging. Clinton has let down Obama and has made his legacy vulnerable because her greedy desire for tarnished money allowed her to be painted as an unseemly, untrustworthy grifter. And Obama and his team should know, it’s exactly the playbook they used against her eight years ago.

But Hillary’s failure in 2016 has the opposite effect for Obama as it did in ’08. This time around, the president campaigned on her behalf and laid his own legacy on the line by stumping with lines like, “All the progress that we’ve made these last eight years,” he said, “goes out the window if we don’t win this election!”

The post-election niceties are starting to disappear in the rear-view mirror and now, since he set the narrative that Trump’s victory would undo his entire presidency, Obama and his surrogates will start sharpening their criticism of Clinton and her failure.

Barack blamed George W. Bush for everything including the Bubonic Plague in the 13th Century, but that is nothing compared to what he and his friends will unleash on Hillary Clinton. The so-called Obama Legacy is about to be undone almost completely as he is revealed as the worst president in American history, but that’s not who will get their ire. All that blame will land at Hillary’s flat feet.  Hillary is blaming the Weiners, but nobody listens.


Meanwhile the cash drop to the Clinton Foundation is as dry as the Arabian desert – no more oil money for them. Chelsea Clinton’s chance of winning an election for dog catcher anywhere in America is somewhere around zero, as the Clintonian dynasty crumbles. 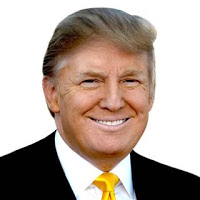 The press will continue to lash out at President Trump, but Trump will smile and side-step them.

Nothing irks the press more than simply being ignored. And so long as they behave like partisan children, that’s how they will be treated not only by President Trump, but by the public as well. They threw it all in for Hillary and the public repudiated them.

As much of a malevolent hector as Barack prepares to be, his words will fall on deaf ears as President Trump works to make America great again and reverse the miserable Obama years.