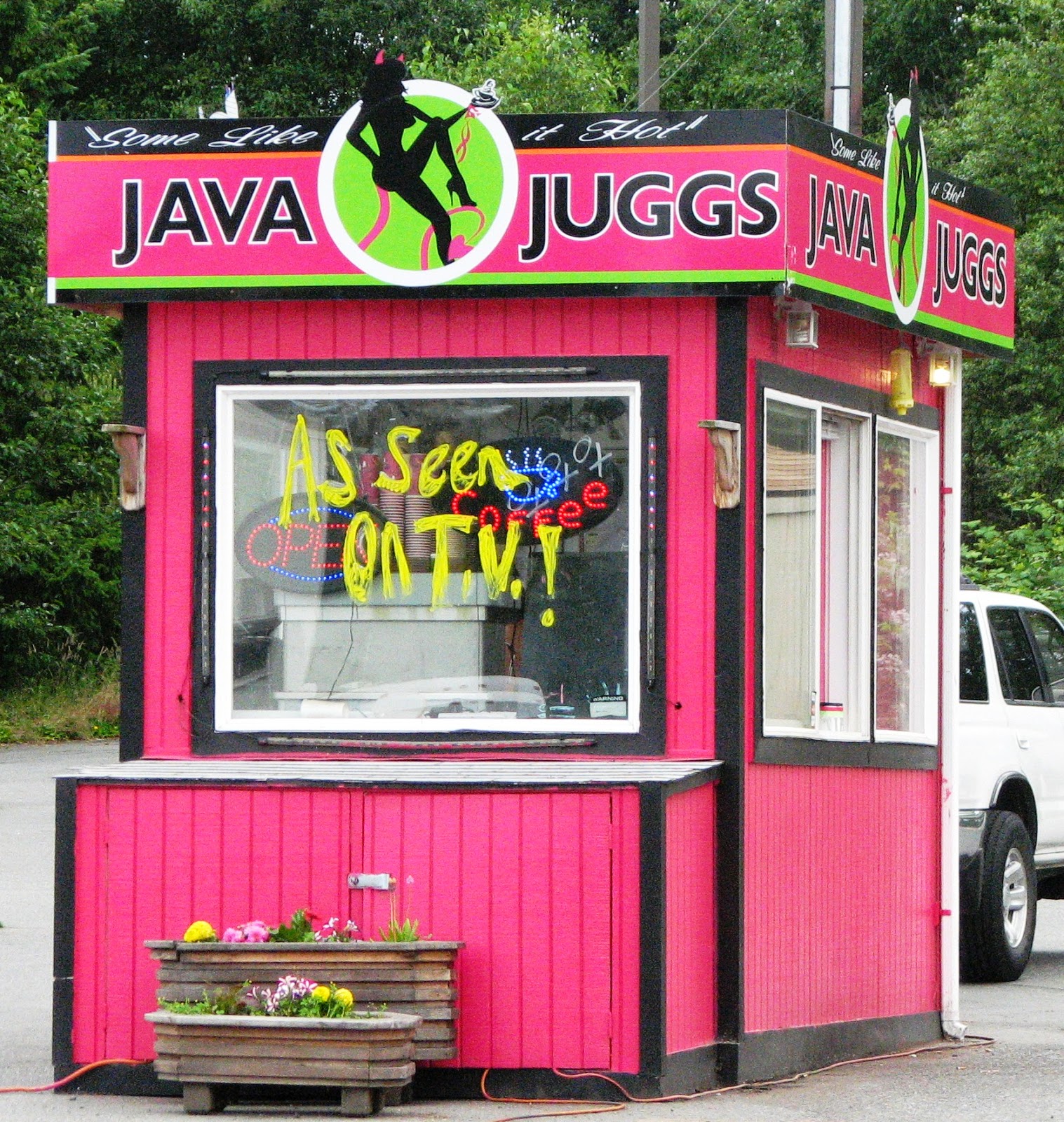 In the US Navy, coffee was dispensed from a massive Silex machine and the black liquid that spewed forth into china mugs, scalding hot and laced with caffeine, had been brewing for — who knows how long? Weeks – months, years? It kept sailors warm and alert on bitterly cold nights while standing watch. The US Marine Corps conferred the title, “Life Blood of the Marine Corps” on this favored stimulant beverage.
Sometimes it poured from the Silex with the general consistency of mud. If you added powdered milk (creamer), you could get it to the consistency of syrup. Adding a few teaspoons of sugar helped the scalding bitter ‘life’s blood’ go down.
However, I don’t think that even the most cynical salt envisioned the explosion of drive-through coffee shops (particularly in the Pacific Northwest) the spawned such household names as Starbucks.
How do you compete with the likes of Starbucks if you are an entrepreneur?

A Better Mousetrap?
How do you rake in $2 million in three years selling drive-through coffee? 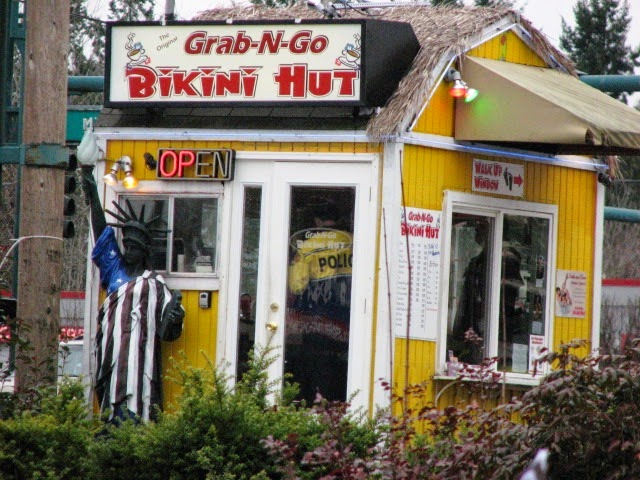 Snohomish County prosecutors charged 52-year-old former nude dancer Carmela Panico with promoting prostitution and money laundering, alleging that she was the madam of drive-thru brothels throughout the county north of Seattle.
The answer would seem to be that you sell more than just coffee at the drive-through coffee hut.
Adding the oldest profession to hot addictive beverages may not be politically correct, but it was a stroke of marketing genius (while being felonious).
Will the Washington State prosecutions end up in a ban on ‘grab-n-go’ where the coffee servers wear bikinis? My sense is that they won’t. Now undercover officers will have to spend their days driving through coffee shops, ogling near naked women and drinking coffee (while being paid by the taxpayers to perform this vital service) in search of a violation. 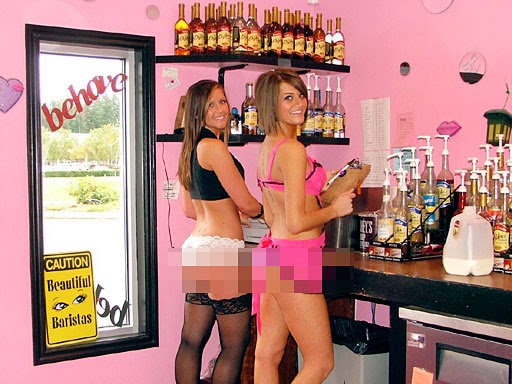 It’s a tough job, but that’s why the police are there, watching out for us 24/7/365 – the thin blue line – the first line of defense. When you see that police car at Java Juggs, you’ll know that justice is being done — all for the sake of the public. 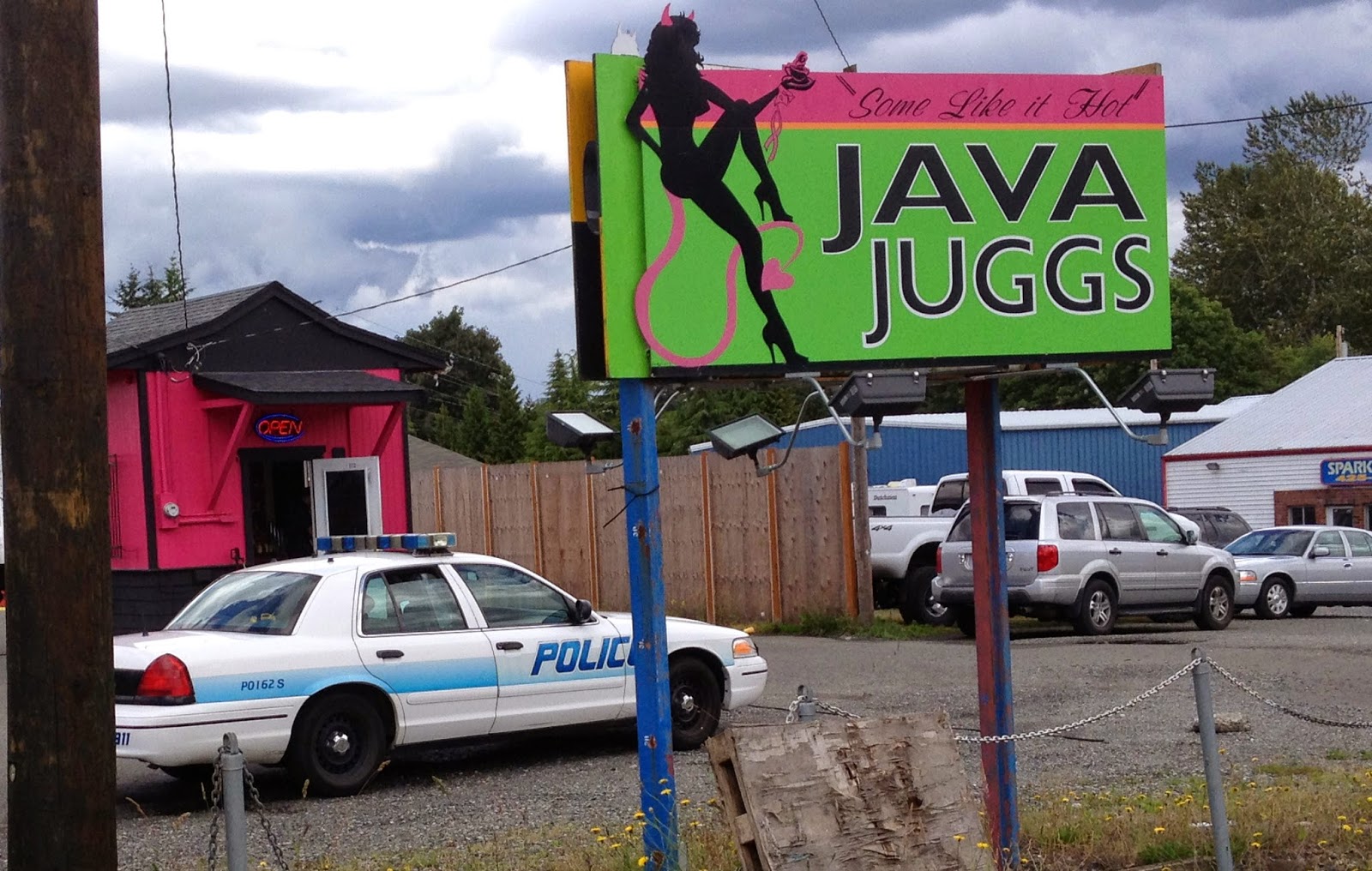 Evidence is being dutifully collected of this offense to public decency in the cold, wet, Northwest. While you sleep, the police are prowling these dens of iniquity in search of SIN. 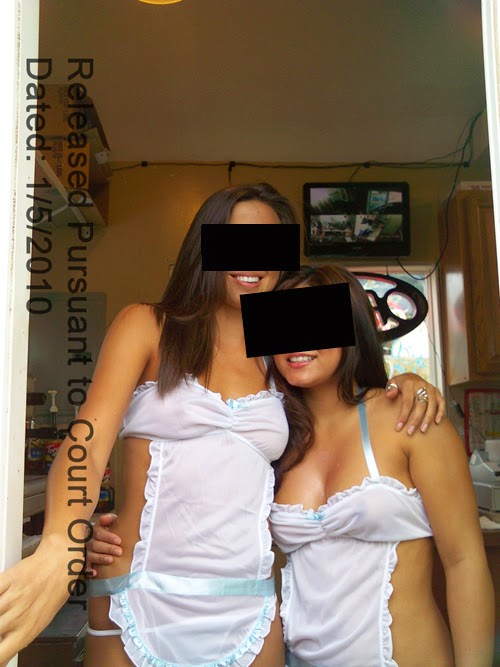 I wonder if this will spur more young men to seek a career in law enforcement? My guess is that it will as they ponder ‘duty’.

Will the young officers end up dating baristas? Do bears scratch in the woods, son? Those young women are to police officers as kryptonite is to Superman. 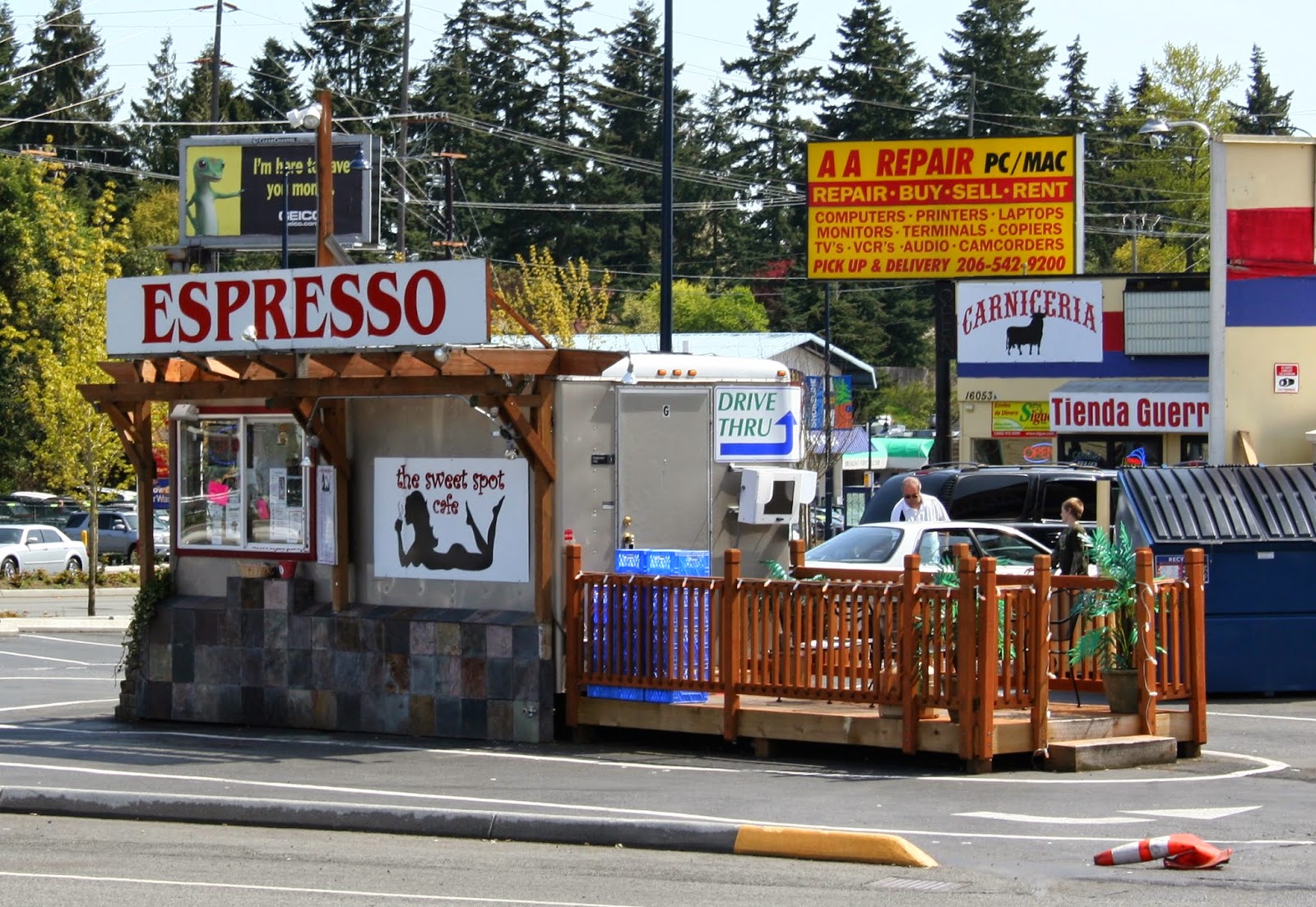 A Cupa Mud – was never as sweet.