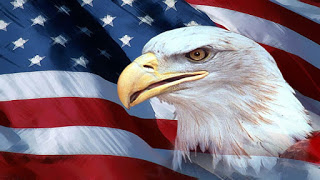 Facebook
Twitter
Pinterest
WhatsApp
I lifted some of this from the traditional right blog and CW’s Daily Timewaster. The crux of the article by the traditional right blog is that America is facing a 4th Generation War and the only politicians who are either wise enough or brave enough to take on jihad are Donald Trump and Ted Cruz. You can read the article for yourself and make of it what you will. I’m going to take this blog post in a slightly different direction.
The radical left has enshrined itself in institutions of higher learning and had been preaching cultural Marxism as a polemic for a long time. It’s become more strident in recent years – to the point of being absurd and making “higher education” in any but the hard sciences, irrelevant.

Cultural Marxism forbids us to acknowlege any of these realities, which is why culturally Marxist politicians (Democrats actually believe the stuff; Republicans are too cowardly to challenge it) and institutions such as the New York Times editorial page have frothed at the mouth over Mr. Trump’s entirely reasonable proposals. Cultural Marxism says all cultures are wonderful, peaceful, “vibrant” sources of enlightenment, except our own culture, Western culture, which is evil and oppressive…

Meanwhile, the more Trump insists on confronting cultural Marxism, a.k.a. political correctness, and urges us to face reality, the more his poll numbers go up. The public, it seems, both here and in Europe, want leaders whose feet are planted in the real world. No wonder the shrieks and cries of the cultural Marxists sound ever more shrill. Ideology has no deadlier enemy than reality.

As I have firmly asserted in other blog posts, political parties are nothing more than a form of labor union for politicians. The goal of the parties is to deliver reliable power (favorable results) to people who pay for that power and those results. It is all about pay-to-play. To that end, there is little difference between the Republicans and the Democrats (or other political parties in other countries). It’s been that way since the Roman Senate squared off against Julius Caesar.
In America, rampant greed, corruption and vote-buying has reached a point where voters are …voting. Or are threatening to vote anyway, for outsiders who are not part of the principle political infrastructure. The move toward voting the bums out was dismissed earlier in the year by party mandarins, but the anger in America has reached a fever pitch. The Republican Party offered Jeb! Bush and the voters selected Donald Trump, Ted Cruz, and to a lesser degree, Marco Rubio. Trump is not a politician and has taken a page from the Barack Obama political play book, offering hope and change.

Dr. Ben Carson is in the mix, but his numbers fade primarily because while Carson is a very good man, he’s not ready to be the President.

The Party insiders are trying to reconcile that even though it’s not Cruz’s or Rubio’s turn to be king, their membership hates the ‘reliable’ bought men that they put forward (Jeb!, Lindsay Graham, etc). 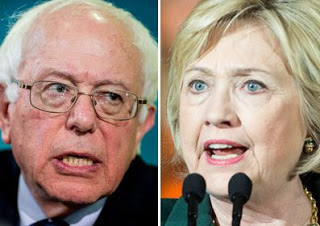 You see, the mainstream Republican Party are cultural Marxists too, in their own way. They went to the same schools as the mainstream Democrats. And that helps explain their absolute fear of a Trump candidacy. Who would Trump appoint to key positions? Clearly, his decision making would be a product of his own reasoning and not that of Party Handlers. How can such a man be trusted? The answer is that he can’t be, and it’s why many in the GOP have threatened to defect to the Democratic Party and support Hillary (The Bitch of Benghazi) Clinton (if she’s not indicted first). If Hillary is indicted, they have Bernie Sanders (not even a Democrat – an Independent from Vermont) to support. Sanders is not a “reliable insider” for the Democratic Party. If Hillary meets justice, there is talk of Joe Biden or Al Gore – both reliable to deliver pay-to-play.
Some Republicans are openly considering forming a third party – Culturally Marxist – and running former New York Mayor (and a billionaire like Trump) Michael Bloomberg. In a choice between Cultural Marxists Hillary Clinton and Michael Bloomberg, they’d hope that Trump would be marginalized and that power would be maintained – and reliable – based solely on money.

Donald Trump, a (former) member of the donor class was accustomed to buying politicians in that endless pay-to-play game. He knows how it works. The political unions/parties are upset because he didn’t know his place and has decided to become one of THEM. And the outcome of that action is unpredictable. Unpredictable is dangerous in the world where cash is king and Cultural Marxism translates into an Orwellian comfort for leadership.

Is it too late for our political masters to apologize?