Dinner at the Brass Monkey 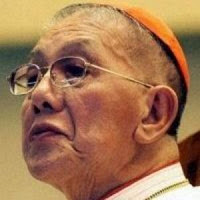 Facebook
Twitter
Pinterest
WhatsApp
Dinner at the Brass Monkey
a fictional short
It was the year 1999, just before monsoon struck the Philippines. The clouds rolled in off the ocean black, and angry and the humidity must have been close to one hundred percent. By night time, you couldn’t see the clouds, but you could feel them moving overhead.

Dinner in the Makati City District didn’t begin until ten at night. Every dinner in Makati is a power dinner with somebody wanting something from somebody else. I arrived at the Brass Monkey early. A fat, dirty police officer carrying a pump action riot gun moved aside when I walked up.

“Sergeant Santos,” I replied with a nod of mine. Having a reputation with the police in Manila was a prerequisite for success at any venture. My mojo remained intact. I wore a baro, long enough to cover my .45 Colt, but it didn’t disguise the bulge. It wasn’t meant to. A Colt 1911A1 was and remains a fashion statement in the P.I.

Santos slung his shotgun and opened the door.

Most of the usual suspects were there, some important enough to ‘hold court’. The manager checked my name on his list and led me to a booth. I ordered an Aussie beer in a can. A pretty waitress arrived with the can and a church key. I wiped the key and popped the can open. You can’t be too careful in a joint like the Brass Monkey.

Bucktooth Eddie sat in another booth near the front of the Brass Monkey, endlessly flicking his balisong knife. Zen spin, a maneuver around the thumb, Patpong snap, and on and on. If he wasn’t opening it and spinning it, he sharpened it. head down, long black hair in his eyes. The fact that a man could screw around with a butterfly knife as much as Eddie did and not have cut up hands provided adequate testament to his skill with that tool. Reliable sources confirmed that Eddie spent time with his knife because he’d been gelded almost a decade before. He’d been tortured and the gelding may not have been the most painful part of it, but it led to his obsession with that damned blade. Knife work for Eddie, it was speculated by those who knew him, provided a substitute for masturbation. I can only imagine that he had been hell on wheels if he jerked off back when he had balls, as often as he fiddled with that knife.

I’d been through the huge mahogany door of the Brass Monkey before, but since I’m not a member of the club, I had to have a sponsor then just as I do now. It’s not like the Manila Press Club where anyone can simply show up at the bar and be served. Money does not change hands at the Brass Monkey, members sign a chit and it is added to their bill a and settled later. It’s a civilized bar and restaurant in an increasingly uncivilized world. It’s also politically incorrect, which is to say that only the right sort of people are invited. This might strike you as strange because Bucktooth Eddie is a voted-in member. You’re prejudiced, I know. You infer that a Filipino eunuch from Pinoy can’t have the means to afford the membership to old school tie style club. And, you’d be right on all counts. Eddie is there because his patron, every bit as much a thug as Eddie is, pays his freight, knife and all. Cardinal Sin backs Eddie’s play.

I mused how a Chinese-Filipino priest named Sin (both an adjective and a proper noun) could be elevated to serve as a prince of the Church of Rome. The cardinal made the Borgia Pope look like a saint. I thought on that as I sat in my booth and watched Bucktooth Eddie fuck endlessly with his knife. I had the waitress send him a tall drink and he chugged it with one hand, while he multi-tasked with that balisong knife with his other, never missing a beat.

The suits all looked at the little bucktooth Pinoy gunman out of the corner of their eyes while they talked business. It wouldn’t have happened at Twenty-One Club in New York, Tontaria in London, or at the Old Ebbitt Grill, across the street from the White House, but Eddie was sitting in the Brass Monkey in Manila wearing a Grateful Dead t-shirt three sizes too big, and let me assure you that money is the universal solvent. Nobody had more money than Cardinal Sin.

Eddie served as Cardinal Sin’s business card. He sat there as a reminder that the Cardinal got a piece of all the action in Makati. Paying off President Joe Estrada was not paying the Sin tax. You could call it a donation to the Holy Church if it made you feel better. Tax could be paid in any currency, including white powder, whores or trafficked women, stolen cargo, guns, gems or gold, but Sin got his tithe. If he didn’t, somebody like Eddie would slit you groin to sternum and drop you into a pig pen to eliminate the evidence. The point was that you were alive when the pigs began to feed on your entrails. I avoided pork in the P. I. as assiduously as did the Mooselims or Jews. It’s not unlike how I feel about Tilapia fish.

Entertainment is predictable at the Brass Monkey. There is an early act where a girl with a cello plays melancholy tunes and a late act where a tall, homely Malay lady boy wearing the same a suit every night, crusted with dirt, two sizes too small, sings sad songs of lost love. He opens with a nasal rendition of La Vie en Rose in a high tenor that you thought only Edith Piaf, the lady herself, could belt out. It may pass for culture to the right sort, but it annoys me. At least they don’t have an Um Kulthum impersonator like the Egyptian bar, one block to the East.
My client arrived, half an hour late, as expected. Think of her as a near dwarfishly small Chinese woman with protruding cock-eyes, fleshy lips and a wig on her head that looked as if birds nested there. “Hello June,” I greeted her by bending and going for a peck on her fleshy cheek. She smelled of mayonnaise, which I’d smelled on her before. She considered it a recipe for youthful features after her age gene kicked in (inevitably ravaging for Chinese women).
“Hello Farang.” Standard Thai insult. The fact that we were in the P. I. and not Thailand must not have registered with June (her chosen Anglicized moniker). She traced her money back to Chairman Mao, a cousin. In her case, Mao got the good looks, and you can make of that what you will. They shipped her off to the Island to keep her from embarrassing the family. She learned English from an expat lover from the Bronx. Her accent was comical enough that I struggled to keep a straight face. I could have switched into Mandarin, but she called the shots, had the money, and I didn’t want to spook her.

A Bombay Saphire Gin, straight up, appeared in front of her like magic. She knocked half of it back and burped. “So how you love life, Birch?” She finished her drink.

“Fraught with adversity and diversity. Same as always. Thanks for steering that dragon lady spy my way. She’s been well schooled and works very hard to make me like her.”

A cloud crossed June’s face, and just as quickly, vanished. Normally I wouldn’t have let on that I knew, but this meeting had a special quality to it and I threw her the tip.

The lady boy began his second set, starting with L’Hymne à l’amour. June expected small talk, so I commented on Edith Piaf’s life. Edith still had a legendary reputation among the cultured in the Philippines as well as the former French colonies that had formed French Indochina. I lifted that Aussie beer that I still nursed toward the lady boy. “She had a rough life full of disappointment, heartache, booze and drugs. But will always be the ‘Little Sparrow’ and France’s most cherished asset.”


“You too damned sentimental, Birch. It be your end.” Shrimp dumplings arrived and June worked two of them into her mouth, one right after the other. The dumplings at the Brass Monkey enjoyed a solid reputation.


“That dragon lady we were talking about, Da-Xie, your step-daughter. I can’t believe you pimped her to me. You must have had a big score in mind.”


June’s eyes bugged out even larger than usual and she seemed to have a problem speaking, but she stuffed another shrimp dumpling into her mouth and chewed, with a portion of the dumpling falling out of her mouth and down into her silk blouse. There were no breasts to hold it and the partially chewed dumpling splatted onto the floor.


She tried to get something out of her purse but slipped down and out onto the floor.


I bent low, looking up, pronounced, “heart attack, I think. Give us room. Somebody call a doctor!” I palmed the cheap Chinese handgun from her purse and slipped it into my pocket.


Her pupils dilated and she gave a brief death rattle.


A priest pushed through the crowd, knelt next to me and checked her pulse. He went through the motions of last rights in a thick Irish brogue. Then he went to the bar and ordered a shot of Tullamore Dew. I stood next to him and ordered another unopened can of beer telling the bar keep to put it on June’s tab. He gave me a hard look, thought twice, and brought the frosty can and a key.


The priest handed me a Bible. “There’s a bindle of very nice clear stones glued under the cover in the book’s spine. They’re an old style cut, of the sort women used to wear in their engagement rings. Best not to inquire too closely when it comes to the wages of Sin.”