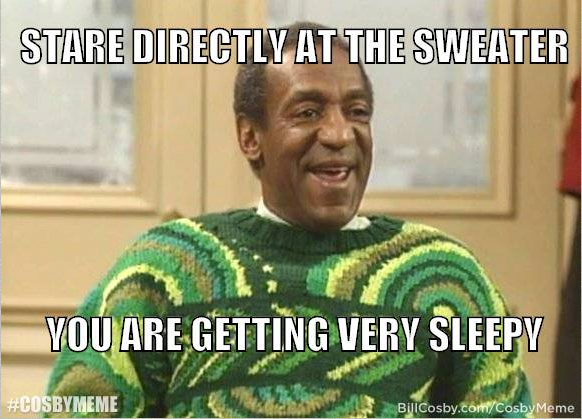 There are a lot of Bill Cosby rape jokes circulating on the Internet. It’s a type of ‘black humor’ — or is that racist? The two dozen women who have come forward claiming that Bill Cosby raped them are not a joke, and it’s interesting that Bill Cosby has remained silent in this regard. It makes me wonder how many women are currently on his pay-off list.
“Cosby loves pudding…pudding his dick where it don’t belong.”
This is an interesting link. It discusses Tina Fey making Bill Cosby rape jokes on Saturday Night Live in 2005. The plain truth is that in Hollywood, Cosby the rapist is an open secret. Everyone knows that if Bill Cosby hands you a drink, the next thing that you know, you’ll be waking up ‘messy’ with your trousers around your knees.
But Bill Cosby is black, which means that criticizing him publicly means that you’re going to incur the wrath of the politically correct. It’s generally the same thing as criticizing President Obama or suggesting that he’s a Muslim.