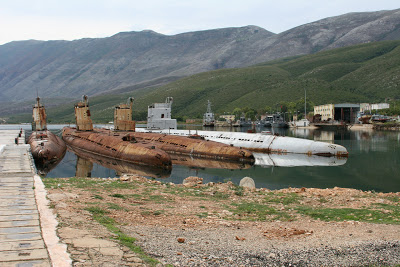 Facebook
Twitter
Pinterest
WhatsApp
Members of the US Navy worked day and night to figure out better and quicker ways to destroy the Soviet Navy. Some considered it a hobby, others an obsession. And the war ended, and the nature of people being what it is, it really just changed form.
For those of us who remember the days–

(above) a few pig boats that Old NFO failed to send to Davey Jones.

I always thought that a sea state of 4 would capsize these top-heavy missile boats. You can say what you want about the Russians, but they always liked to pack on the armament.