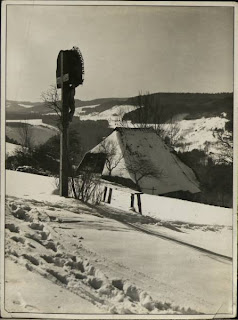 The Global Warming Farce has ended – everywhere but in Copenhagen and in the hearts of dictators like Hugo Chavez.

A record breaking 12-30 inches of snow rest on the Virginia countryside and the Northeast is socked in with a winter blizzard threatening even deeper drift. The moisture is needed but it creates a problem for the annual Christmas Eve ride and package delivery. Hot coco and a cookie always serves to fortify the Old Gentleman.

Al Gore (predicting the imminent end to the white Christmas) may be somewhere SOUTH of the equator this year, celebrating a continually warming climate as he points to the fact that it’s warm in Rio in December…

Qing Bin-Lu, a professor of physics and astronomy at Canada’s University of Waterloo, is a believer in the value of drawing conclusions from observable data and not from selective data fed into computer models that are based on false assumptions and include “fudge factors.” In a peer-reviewed paper published in the prestigious online journal Physics Reports, Lu, who holds a Ph.D. in physics from the University of Newcastle, reports that CFCs, the compounds once widely used as refrigerants, and cosmic rays, which are energy particles originating in outer space, are mostly to blame for climate change, rather than carbon dioxide (CO2) emissions.

Lu puts the start of the cooling trend at 2002 and writes that “the observed data show that CFCs conspiring with cosmic rays most likely caused both the Antarctic ozone hole and global warming. These findings are totally unexpected and striking, as I was focused on studying the mechanism for the formation of the ozone hole, rather than global warming.”

From 1850 to 1950, Lu notes, the recorded CO2 level increased significantly because of the Industrial Revolution; but the global temperature stayed constant or rose only 0.1 degree Celsius.

“Most remarkably, the total amount of CFCs, ozone-depleting molecules that are well-known greenhouse gases … decreased around 2000,” Lu said. “Correspondingly, the global surface temperature has also dropped. In striking contrast, the CO2 level has kept rising since 1850 and now is at its largest growth rate.”

Other reputable scientists have also predicted decades of cooling ahead to, er, varying degrees and for varying reasons. Earth’s climate is affected by many things and is more complicated than the CRU computer models.

So maybe it will be a sad Christmas for the environmentalists who won’t be seeing their dream of global apocalypse due to a warming trend.
However, for the rest of us, I wish you all a very merry Christmas – even if it’s colder and wetter than predicted by the bozos in Copenhagen.