Home Blog Post Class Warfare...
Facebook
Twitter
Pinterest
WhatsApp
In 1944, the Soviet Union adopted the “Hymn of the Soviet Union” as its national anthem. Prior to that time, the “Internationale” served as the principal musical expression of allegiance to the ideals of the October Revolution and the Soviet Union. (The “Internationale” continued to be recognized as the official song of the Communist Party of the Soviet Union, and the post-1919 Soviet version is still used by the Communist Party of the Russian Federation.)
Yes, the Lyrics of The Internationale (some of which are below) sound like something from an Obama speech. This is the song that his mother listened to over-and over when he was growing up. It was his mother’s milk in a rhetorical sense. This goal of class warfare against what is substantially the Middle Class was what his Uncle Frank (Frank Marshall Davis) espoused. 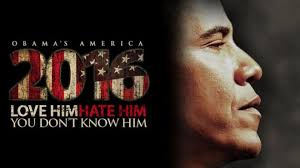 The State oppresses and the law cheats.
Tax bleeds the unfortunate.
No duty is imposed on the rich;
The rights of the poor is an empty phrase.

The kings of the mine and of the rail
Have they ever done anything other
Than steal work?
Inside the safeboxes of the gang,
What work had created melted.
By ordering that they give it back,
The people want only their due.

You have a choice. You don’t have to endure four more years of Obama, the socialist, hero of organized labor and destroyer of jobs for anyone not in a labor union and the champion of class warfare.