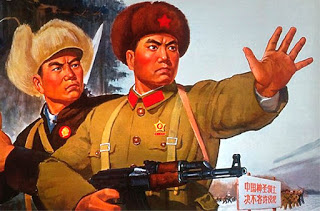 China wants to be the only undisputed hegemon in Asia and they don’t want anyone to interfere with their ability to drop ballistic missiles with nuclear warheads on nations within their sphere of influence.


Thus the installation of the US made Terminal High Altitude Area Defense (THAAD) missile defense system in the Republic of Korea (and Japan) disturbs them.

THAAD is going in to protect threatened nations from the rogue North Korean nuclear military state, a client and dependent of China’s. China would really rather not discuss that part of the metric.

Geng replied, “The push of the United States and South Korea on deploying the ‘THAAD’ anti-missile system in South Korea seriously undermines the regional strategic balance, gravely sabotages relevant countries’ national security and interests in the region, including those of China, and is not conducive to peace and stability on the Korean Peninsula.”

“The Chinese side has repeatedly stressed that it understands the legitimate concerns of the relevant party (i.e., South Korea) in safeguarding its security. However, one country’s security should not be built on the basis of damaging another country’s security. Regrettably, the South Korean side ignores the Chinese side’s interests and concerns and insists on cooperating with the US side to accelerate the relevant deployment process. The Chinese side expresses firm opposition and strong dissatisfaction to that.”

“I want to emphasize once again that the will of the Chinese side in opposing the deployment of the THAAD system in South Korea is firm and will resolutely take necessary measures to safeguard its own security and interests. All the consequences resulted from that shall be borne by the United States and South Korea. We strongly urge relevant parties to stop the relevant deployment process and not to go further down that wrong path.”

The THAAD issue surfaced at this time because of media reports that the South Korean Lotte Group board of directors met on Monday, the 27th, to approve a land swap deal between the military and Lotte so as to facilitate and expedite the THAAD deployment. If the rumors are accurate, the installation should be complete by mid-summer.
The Chinese argument about stability, as applied to THAAD deployments is strained. The argument is that any action that reduces China’s military superiority threatens regional stability.
That is a zero-sum view of strategic relationships that have always been dynamic. Otherwise, the Chinese could not explain the emergence of China as a military power or the steady development of military capabilities in both Koreas and Japan.
The absence of a stable strategic situation, caused by North Korea’s missile and nuclear programs, is the driver for improved missile defenses in South Korea and Japan. Chinese leaders have shown that they are unwilling or unable to restrain North Korea, although every country in northeast Asia is a potential target of North Korean weapons, in one or another scenario.
China lacks the ability to guarantee that it will ensure that South Korea and Japan will be safe from North Korean missiles. It cannot guarantee that much of China itself would not be attacked by North Korea, under some dire circumstances.
China has the HQ-9, the S-300 and the S-400 systems for missile defense of strategic areas, but China would deny comparable protection to South Korea and Japan.

This is the first Chinese invitation for an official visit to a senior North Korean diplomat the North Korean nuclear test last September and probably in over a year. Geng’s description of the visit as a normal consultation suggests that Chinese leaders have made a policy decision to restore some degree of normality to relations with North Korea. The relationship has not been normal since Kim Jong Un came to power five years ago.
The timing of this announcement and visit indicates it is connected to the deployment of a Terminal High Altitude Area Defense (THAAD) system in South Korea.
On the 27th, Geng warned that China “will resolutely take necessary measures to safeguard its own security and interests. All the consequences resulted from that shall be borne by the United States and South Korea.” On the 28th, Geng restated China’s firm opposition to the THAAD deployment and repeated the warning.
We now are learning what Geng meant by “necessary measures” and “consequences.” The North Korean Vice Foreign Minister’s visit is one of those necessary measures and consequences.
The Chinese daily Global Times reported that ”Chinese companies and the general public have taken action to boycott South Korea’s Lotte Group amid mounting anger over the company’s land-swap deal with the South Korean military for the deployment of the US anti-missile system, Terminal High Altitude Area Defense (THAAD).” China also halted Lotte’s construction of a multibillion dollar real estate project in China.
TODAY, Global Times (Chinese propaganda publication) reported the opinions of Chinese military analysts on how to defeat THAAD. One said in peacetime China would “blind” the radar through spoofs and electronic interference. In wartime, he said China would target the THAAD site for destruction by its rocket forces.
China is engaging in economic retaliation for now. A boycott of South Korean companies and stores, cancellation of projects and a social media campaign against South Korea appear to be in the list of other necessary measures and consequences. I expect other forms of harassment and retaliation to appear soon.
Background
The Lotte Group and the South Korean Ministry of National Defense signed a land swap agreement on 28 February. The company will trade its Lotte Skyhill Country Club in northern Seongju County, North Gyeongsang, for military-owned land near Seoul. The golf course will be converted for use as the THAAD base.
South Korean government’s statement. “We will maintain our principle that the decision for the THAAD installation is a sovereign and self-defense act aimed at protecting the country and its people from North Korea’s nuclear and missile threats,” Foreign Ministry spokesman Cho June-hyuck said.
The government also vowed to take necessary steps to protect South Korean companies from any unfair treatment by China.
The combination of North Korean missile and nuclear tests and Chinese assertions of sovereignty in the seas bordering China have generated significant tension in Asia. 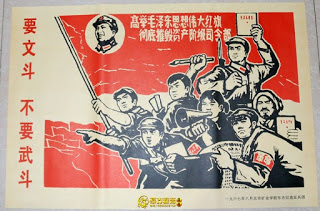 Looking east and southeast from Beijing, Chinese strategists can discern new determination by neighboring states to resist bullying by China or North Korea. The view does not improve if they look south across the Himalayas towards India.
Chinese economic growth requires stability in these areas for investment, resource and infrastructure development and the transit of goods and services between China and its markets. Chinese leaders appeal to the need for stability in almost every foreign policy statement.
However, Chinese military actions seem out of step with President Xi’s “Belt and Road” grand project and with China’s economic requirements and policies. Had Chinese leaders suspended North Korean coal imports a year ago, they might not now be coping with adverse developments in both Koreas.