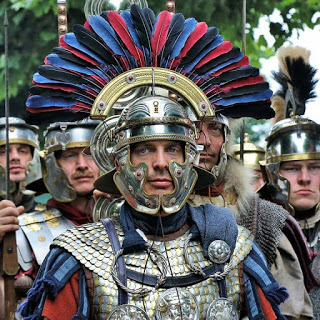 
I’m going to be moving around for a while, but the blog must go on, so there will be some posting, with slight delays.


Words
Have you ever wondered why the meat of a cow is called beef?
Imagine the Norman nobleman sitting in his castle and demanding dinner. He will ask for boeuf in French. The servants would then go into their English town and buy a cow. Notice how the languages used reflect the “use” of the subject involved. In other words, poor farmers raised the cows, but couldn’t afford to eat the meat. Noblemen ate the meat, but wouldn’t have anything to do with a cow.
Please note that the word cow is very close to the German word Kuh, which also describes the animal.
The question is: how English was the English language, anyway?
All the animals that are commonly eaten show the same pattern, the meat has a French name, the animal a German name. Take sheep.
The German word Schaf describes the animal, the meat is called mutton, mouton in French.
Kalb in German, calf in English, veal in English, veau in French.
The list goes beyond meat, though:
The German König is an English king, who is royal like the French roi.
Lead Acetate

While lead pipes were a contributor to lead poisoning in the Roman empire, the larger problem came when they boiled grapes in large lead cauldrons and discovered, sugar of lead (lead acetate).

It was nature’s first artificial sweetener and they used it for centuries to sweeten cheap red wine. It’s been cited as a cause for the Decline and Fall of the Roman Empire.

A lot of that otherwise bitter red wine made its way to the army in the field, which was often diverted to the officer’s mess.
Maybe that accounts in part for problems with leadership in the later legions and insanity in the later emperors?