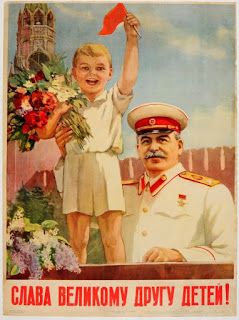 Facebook
Twitter
Pinterest
WhatsApp
The Assault of Justice Kavanaugh
The New York Times ran a piece wherein a classmate of Kavanaugh’s reportedly saw him with his trousers around his knees about thirty five years ago when he was in college and had a few too many beers. Classmates encouraged a female to grab his junk. After being called out for leaving out key information from the story, the Times was forced to issue a correction on Sunday acknowledging that the alleged female victim, Tracy Harmon, and her friends “say that she does not recall the incident.”
If the same standard was applied to the Democrat males in Congress, I don’t know how many would avoid impeachment. Maybe two?
On Writing

John C wrote – Glad you have another novel coming out. I’m still looking for the family pirate novel.

I usually have more than one thing in the works. In fact, I usually have several. The Pirate book that John refers to is indeed about my ancestors, and because it is based in part on solid history, I need to take a trip to Hatteras Island and the Outer Banks of North Carolina before I finish the story. To do that I have to be healthy, have some time on my hands and have the area forecast to be hurricane free for the few weeks lead time I need to book hotels, flight and so forth. So far if it’s not one thing, it’s another. The manuscript languishes for lack of attention, but that’s simply how it goes. Because I’m an unknown writer, the book may take in $100. The trip to the Outer Banks (admittedly I plan to have fun, not just write) is a couple thousand minimum. If I start chartering boats to take me here and there, add another grand or so. But the work is still there and I’m mindful of it.
Broken Toys, the current work being churned out doesn’t require that I travel extensively because it’s a work of fiction and imagination. I can sit in the den when I’m not sleeping, and crank out ten or fifteen pages a day. That will likely be interrupted by upcoming work trips to Santiago, Chile and Rio. But I can write on the airplane because there’s not much else to do.
The Obsession with Stalin

He was born Ioseb Besarionis dze Jughashvili, and Bernie Sanders nearly worships the ground that he walked on when alive. The Progressives revere his memory. He wrote, “One death is a tragedy. A million deaths are a statistic.” And he lived by that.
Since history is one of those subjects that has been tossed in the trash by the modern education system in the US, young people have no frame of reference.
Raven wrote – It has been at least 40 years since I read the “Gulag Archipelago”. This essay on Solzhenitsyn was a brief and potent reminder of the stakes.
No kidding. Joseph Stalin was one killing machine and his specialty was killing Russians. You have to seriously look at any progressive who wants to be king and promises to be more like Uncle Joe Stalin. I don’t think that anyone knows the body count…but ‘he loved the little children’.
Question: What is the difference between a ‘drone’ and a cruise missile?

The answer is that it’s a matter of semantics, and possibly scale.

Yemen’s Houthi “Ansar Allah” forces have claimed responsibility for two coordinated unmanned combat aerial vehicle (UCAV) attacks on Saudi Arabian oil facilities near the cities of Abqaiq and Khurais in Saudi Arabia, according to reports published on Saturday, September 14, 2019 by the Houthi-run Al-Masirahnews agency and other international outlets.

The Houthi movement is a proxy for Iran. It is funded, advised, and operated from the Supreme Leader’s mansion in Qom, Iran.

(WSJ) “Secretary of State Mike Pompeo blamed Iran for coordinated strikes on the heart of Saudi Arabia’s oil industry, saying they marked an unprecedented attack on the world’s energy supply. The strikes shut down half of the kingdom’s crude production on Saturday, potentially roiling petroleum prices and demonstrating the power of Iran’s proxies. Iran-allied Houthi rebels in neighboring Yemen claimed credit for the attack, saying they sent 10 drones to strike at important facilities in Saudi Arabia’s oil-rich Eastern Province. But Mr. Pompeo said there was no evidence the strikes had come from Yemen.”

A report that surfaced on the ISW News Analysis Group only hours after Saturday’s attacks claimed that a new “Quds-1” jet-powered cruise missile was used in the two strikes on Saudi refineries.
Reports surfaced hours after the strikes in Saudi Arabia on Saturday that the new TJ100 jet-powered “Quds” cruise missile was used in the two refinery attacks (Photo: via ISWNews)
The question of what is to be done and how it is to be done falls to the Saudis and possibly to the nations that receive oil from Saudi Arabia. Naturally the US has a hand in it just because. But it’s more of a problem for Saudi customers. What do they want to do about it?