Cheaper to Lock them up or let them go? 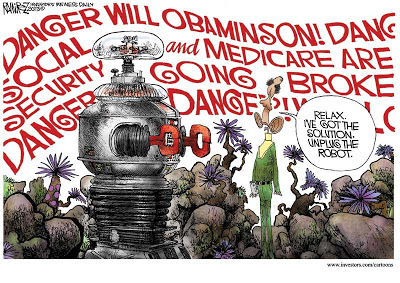 “The number of inmates under the Bureau of Prisons’ (BOP) jurisdiction has increased from approximately 25,000 in FY1980 to nearly 219,000 in FY2012. Since FY1980, the federal prison population has increased, on average, by approximately 6,100 inmates each year…the largest portion of newly admitted inmates are being incarcerated for drug offenses.”

Rising costs, overcrowding and deteriorating prison infrastructure are becoming a real problem at BOP. And with the federal budget (we haven’t actually had a Congressional Budget since 2009, but if we had one) stretched to the limits —  Should we embark on a new and vastly expensive prison expansion program when we can’t maintain the Navy’s ships and we’re deficit spending two trillion dollars each year over and above what we take in?
Minimum sentencing guidelines for many federal crimes mean that  the population will continue to grow at a steady — and unprecedented rate.

Do policy makers care? Apparently they don’t.
According to the Federal Register, the average cost of incarceration in 2009 (latest figures) was $25,251.00 per prisoner per year.
There are about 47,000,000 Americans receiving USDA Food Stamps at a cost to the taxpayer of roughly $80,000,000,000. If you do the math, you’ll agree with me that it’s cheaper to keep somebody on food stamps than it is to keep them locked in prison. But SNAP (food stamps) doesn’t include or take into account welfare benefits, SDI, subsidized housing, AFDC, Medicaid, Child Care Subsidies, TANF (Temporary Assistance for Needy Families) and CHIP (Children’s Health Insurance Program). If you were to lump all of those together, you might be uncomfortably close to the incarceration number.
When you have to wonder whether it’s cheaper to keep them locked up or to release them in an environment where they are unlikely to get a job — thus putting them on the dole — you have reached a tipping point, my friends.