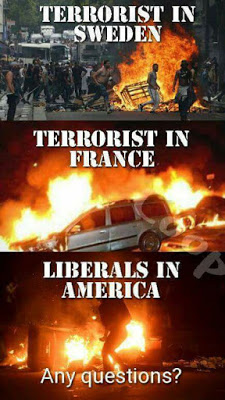 Sunday Sermonette – The glories of the progressive agenda may be something that plays well with college professors and administrators, but it doesn’t play well in Fly-Over-Country. You know, the place that elected Donald Trump to be President – and elected the legislature – and supported Neil Gorsuch to be an associate justice on the Supreme Court.

I was at my grandson’s flag football game yesterday and my daughter’s mother-in-law was also there. She is reading Shattered: Inside Hillary Clinton’s Doomed Campaign, and she may be the only person on the planet who dislikes Hillary more than I do. She gave the book high marks and is not surprised that Hillary spent good money to hire people to find out who leaked. The book paints Hillary Clinton as a nasty, mean, egotistical, shrewish, smug, lying, incompetent (bitch) candidate. No surprise there. We know that Bill wants nothing to do with her.
The surprise to Democrats was that America saw through the smoke screen, generated by the lying, smug, elitist mainstream media’s white-wash of her.  Hillary out-spent President Trump well over two-to-one and felt that would be what she needed to win.
I can’t recommend the book because I haven’t read it yet, but if Nancy is enjoying reading how the authors are skewering Hillary, it’s got to be good. 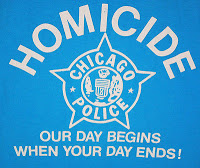 Chicago Homicide – numbers still lead the aggregate of Juarez and Tijuana, Mexico again this month in what has become a national disgrace. Anything from the elite mainstream media on the wholesale slaughter of black-on-black crime? Not a peep.

And while I’m discussing the media, you don’t see any of their vaunted incisive reporting on Mohammedans engaging in female genital mutilation of pre-pubescent girls (I support the AHA foundation). The practice is SICK and the people doing it (often Islamic family members) need to be imprisoned at hard labor for life. When they die, bury a freshly killed pig in the grave with them. (The 8th Amendment prohibiting cruel and unusual punishment doesn’t apply here because they’re dead when you dump the freshly killed swine in the hole for the six foot drop to rest in peace next to them for all time.) And if you don’t like my take on the situation, I offer you a heartfelt, aloha snack bar. I have no time for crimes against children. Public flogging is not enough (see suggested sentence, above).

The French Presidential Election – moves forward with the run-off today. The votes are not in as of this blog posting, but Le Pen stands a good chance of being in the final two. There are those who are upset that she has a philosophy that French people should come first in France and that France’s interests are more important to French people than Europe’s. If she should win, she proposes a FREXIT from the EU, following the British model. The EU leadership is a mixture of smug, pro-Islamists who wish to force France to accept more Mohammedan savages – not a good idea in a nation with at least documented 10,000 jihadis running around springing regular terrorist attacks and killing the innocent. The French should do what’s right for them. The US elected President Trump to build a wall, drain the bureaucratic swamp and help make America great again. The Brits voted to leave the EU. Why should the French do otherwise?

Has the World Gone Mad? – Bill Maher, a liberal whacko, is defending Ann Coulter, whose April 27 speech at Cal-Berkeley was canceled amid concerns of another attack by the Democrat Party faithful. She’s showing up on April 27 anyway. It’s a public school, funded at taxpayer expense. Free speech should be respected…should be.

Maher said this sort of thing goes on at campuses nationwide, calling it the liberals’ version book burning. “They invite someone to speak whose not exactly what liberals want to hear and they want to shutter it,” Maher said. “I feel like this is the liberal’s version of book burning. And it’s got to stop.”

Bruce Jenner – is back in the news, having announced that he had his courting tackle removed. The 66 year old former Olympian is a lesbian. Tell me how that makes any sense and I’ll buy you a (cheap) cigar. Jenner has a screw loose. He’ll be on Fox News on Monday (Tucker Carlson show in Bill O’Reilly’s old time slot) to discuss it. I have a feeling that I’ll need to take a pass on that. 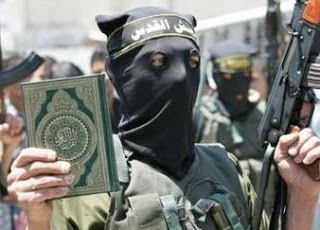 Benediction to the Sermonette: My take on Islam – may be different than you think it is. The peaceful exercise of religion is a protected activity in the US. Islam is a political system that masks itself as religious faith, thus the duality and the problem. I have no issue with Muslims who follow the law of the land, but we have seen time and time again where they set themselves above it. Wife beating, mutilating little girls, honor killing, etc. are barbaric and intolerable, savage practices embraced by Islam. They need to be prosecuted with extreme vigor* so that the savages can pack their $hit and flee back to the hell holes that they left if they can’t live with that. The official stance of the USA should be “caution” when it comes to Islam – “tolerance with a BIG F-ing caveat”.

*See suggestion above – imprisonment at hard labor for life. When death arrives, bury them with a freshly killed pig.