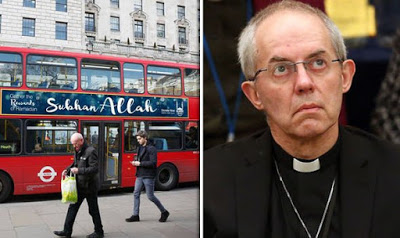 Facebook
Twitter
Pinterest
WhatsApp
Fellow blogger, Jules, UK citizen, asked me to weigh in on whether or not Britain should leave the European Union. I have been reluctant to offer an opinion because I don’t have a horse in that race.

However, since Barack flew there and took the opportunity to stress that the UK should remain in the EU, I feel that gives me the moral high ground (as a member of the “loyal opposition” to the ObamaNation).

Being a member of the EU undermines British sovereignty. Progressives in England argue that it’s time to give up being British and hand their nationality to the European Union. The EU is forcing member nations to accept military age male Muslim refugees. Who would do that?

Those in favor of remaining in the EU argue that leaving the EU would risk the UK’s prosperity, diminish its influence over world affairs, jeopardize national security by reducing access to common European criminal databases, and result in trade barriers between the UK and the EU. The argument against leaving is hollow, but they make it all the same. The SECSTATE John Kerrys of the world are out making commencement speeches about a world without borders. I don’t know what drug they’re taking but the unicorns and rainbows must be a sight to behold.

For the purpose of this blog post, I’ll focus on the immigration issue. I can take on the others if anyone cares. There are a number of trade-related issues, but none of those eclipses the problem of Muslim refugees.

By the way, Islam is a religion, not a race. It’s not racist to call refugee military age Muslim males, “savages”.  That’s how they behave, so that’s what I choose to call them.

Since it’s illegal in Britain to criticize Islam or its adherents, I can be the voice of reason since I’m not in Britain. And if the British read this, it’s not likely that I will ever be welcomed back despite the fact that while a serving American officer, I was seconded to the Royal Navy (62 Royal Marine Commando) and another unit for a time? My sense is that I would not.

Riddle me this??? What happens when a tolerant and inclusive culture welcomes a parasitic and intolerant culture? Ask the French, the Belgians. Ask the German women who are advised to scarf their heads by their government, in an effort to keep them from being attacked by military age Muslim savages.
The EU mandates that nations accept Muslim savages. I don’t know how the EU can feel comfortable doing that, but apparently they do. Not everyone agrees. Outside of the EU, but still in Europe, the Norwegians deported a number of Muslims and the Swedes, who have many more savages in their country, are trying to figure a way to do the same and remain politically correct. Belgian and French people are voting out the pro-Muslim liberals and are installing far more conservative politicians. Will a modern day Charles Martel emerge? Not if the EU has a say in it.
Seemingly unfazed by the recent European Commission proposal to punish countries which refuse to comply with “fair” refugee allocation quotas with fines as high as €250,000 per asylum seeker, the head of Poland’s ruling Law and Justice party and former PM Jaroslaw Kaczynski said that no refugees will be accepted in Poland “as they pose a threat to security” adding that Poland will oppose any law forcing EU members to pay €250,000 per refused refugee.
This makes an excellent case for BREXIT. Do the British people want to be dictated to like other EU members are for acting in their own self interest by denying access to savages?