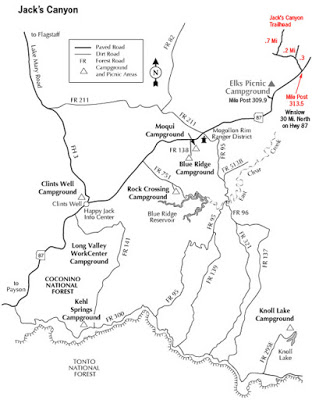 Highway 87, between Winslow and Payson, between Mile Marker 313 and 314, Forest Road 9736F runs north. The gate is adorned with various stickers and it’s the only one in the area so decorated. There are signs, north of the gate that advise you to prevent forest fires. Those hint at a campground, but no campground is mentioned on those signs. Other gates leading from Highway 87 into the national forest don’t have those sorts of signs by the road.
You will immediately notice that once-upon-a-time, maybe forty years ago, the road was paved. That pavement still exists in places, but it’s essentially a graded dirt road. A passenger car can transit the road to Jack’s canyon so long as you’re not running any races.
After turning onto the road and running north, the road splits into a “Y”. You’ll want to take the left fork (9736V). Stay on that for a quarter mile or so until you arrive at an unimproved campground with a one-hole privy. Jack’s Canyon is just beyond this location to the north. You literally can’t miss it. There is a game trail down from the campground area that has been used by sport climbers in the past. There are other paths down but that is the easiest. This will lead you to the area detailed on this map.
Jack’s Canyon (Casino Cliff) Today, May 21, 2019, photographed from the south. There was about two inches of snowfall here yesterday but as you can see, it melted. 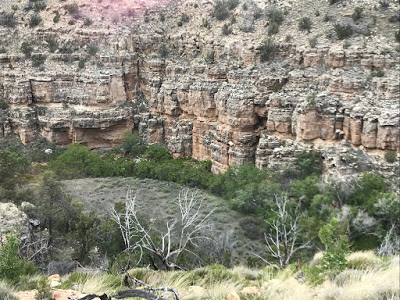 The photo below shows the Lower Moenkopi cliffs, a different climb but with the same level of difficulty. 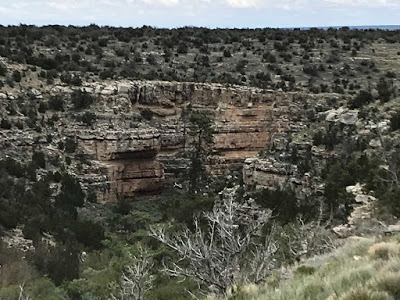 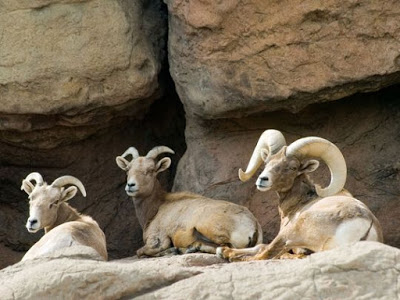 At least some of the big horn sheep relocated to the Clear Creek Gorge area on January 6, 2019 (more here) made their way into Jack’s Canyon, instead.
There is always an opportunity for photography in this interesting little canyon, abounding with wildlife when you tire of mountain climbing.