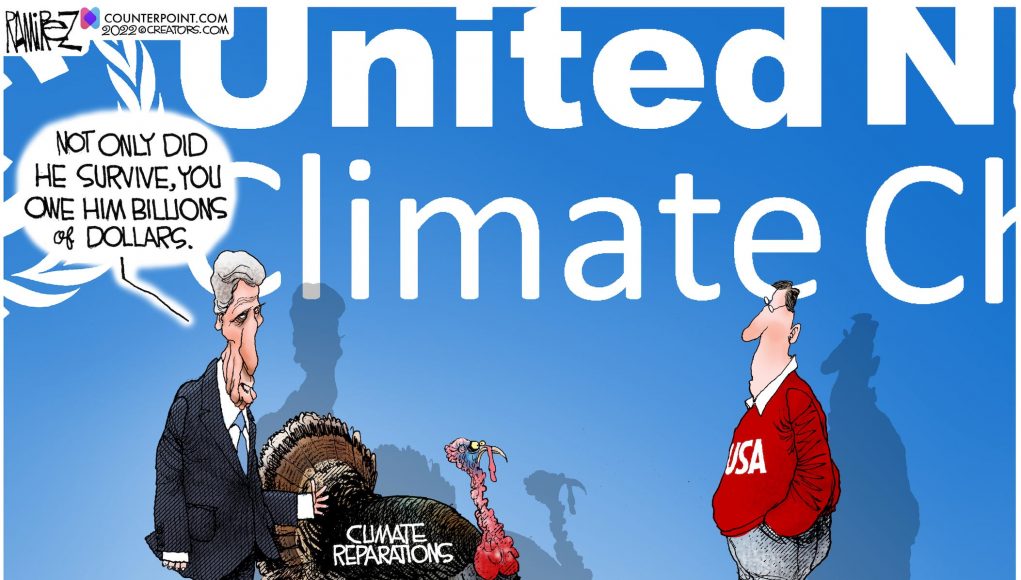 Captioned: The UN is once again utilizing climate policy and “climate reparations” for global income redistribution while ignoring that China emits 2/3rds more pollution than Europe and the U.S. combined.

* The Special Inspector General for Afghanistan Reconstruction (SIGAR), John Sopko, has released his latest evaluation regarding the U.S. withdrawal of troops from Afghanistan. The report presents findings as to precisely why the Afghan government collapsed in August 2021 amid the botched US withdrawal. After the US left, the Islamic extremist Taliban that America had been fighting for years retook control and reintroduced oppressive and draconian measures, dialing back two decades of what had been viewed as progress.

The US has continued to pour a lot of taxpayer funds into Afghanistan after the withdrawal. According to the Inspector General, the US is the largest foreign funder of Afghanistan, contributing $1.1 billion to help the Afghan people in the year since the Taliban took over. Unfortunately, the Inspector General reports that due to obstruction by federal agencies, he has been unable to report or account for all of that taxpayer money, even though that’s his primary assigned function. He says it’s the first time the agencies, including the State Department, have refused cooperation at such a high level, rendering him unable to perform his oversight. What a shock! 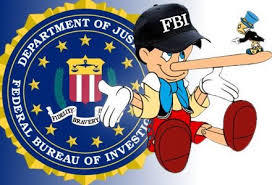 * Two days after the Midterm elections, the federal Office of Special Counsel (OSC) rejected a complaint by FBI whistleblower Stephen Friend. Special Agent Friend had complained of alleged bias and mishandling by the Dept. of Justice and FBI when it comes to prosecuting cases from the January 6, 2021 pro-Trump rally and Capitol riots.

In a letter, the OSC noted that the agencies are offered wide latitude in how they handle various cases, and so “we cannot find with a substantial likelihood that the agency has violated a law, rule, or regulation, or has abused its authority. Therefore, we will take no further action in this matter.“

* (h/t Claudio) Pres. Xi is not popular in China these days. However, there is a bright side. It’s great for my business (cha-ching).  I’m not going to explain specifically in what specific way it’s good for business because I don’t discuss my current biz on the blog with the exception of some of the energy-related things that I’m involved with. Keep it up, Xi! The baby needs a new pair of shoes. Repression in China doesn’t work as well after they had a taste of freedom.

* Creepy old Pedo Joe is at it again.