Who is Our Enemy? 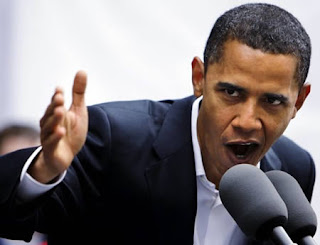 barack hussein obama declared that there would be no discussion of a ‘war on terror’. In the White House and among members of the regime, he re-named it a “foreign contingency operation”. There are no more ‘jihadists’. They are confused but earnest Islamic students (as he once was when he lived in Indonesia and attended Muslim school). 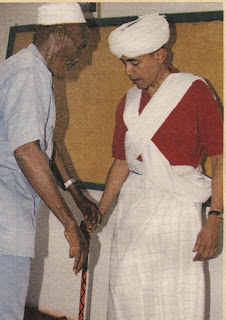 WHO IS OUR ENEMY?
The obama regime, Secretary of Homeland Defense Janet Napolitano in particular, has oft warned America of the threat posed by returning veterans, Tea Party types angry over ObamaCare, there are the people in the middle of the nation who doggedly cling to their guns and religion, people who oppose ILLEGAL immigration and then there are those pro-life whackos.
REALLY?
How stupid does barack hussein obama think we are?
When a Muslim-American terrorist’s car bomb didn’t go off as planned in New York’s busy Times Square, New York Mayor Michael Bloomberg repeated the faulty assumption — oft-cited by the Obama administration that it must have been members of the Tea Party movement who set the explosive— in an interview with CBS News anchor Katie Couric the day after the scare. Please forget that the bomb-laden SUV was parked nowhere near a government building. And never mind that the Times Square subway just last year was a target of Najibullah Zazi, another homegrown jihadist. The mayor must also have been napping a couple of weeks ago when two other Muslim Americans were busted in Manhattan for supporting al-Qaida.
It’s no longer politically correct to link Jihadists to Jihadi activity (namely, targeting innocent civilians in an effort to create terror). Why? I don’t know. Ask barack hussein obama.
Times Square terror suspect Faisal Shahzad, a Pakistani immigrant who became a U.S. citizen last year, sure has an odd way of showing his love. Authorities say his car bomb would have killed hundreds of his fellow Americans.

Hundreds of Muslims living in America have been busted for terrorism since 9/11. And tens of thousands more have supported jihad through charitable fronts. In fact, every major Muslim charity in America has been shut down now.

The Taliban and al-Qaida provide angry Muslim Americans with the fuse, and then secrete these human bombs back inside American communities such as Bridgeport, Conn., Shahzad’s home, or Aurora, Colo., where Pakistan-trained Zazi lived.

WHO IS OUR ENEMY?

Look in the mirror, because barack hussein obama would have the nation believe that it’s YOU!