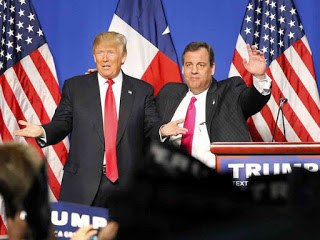 Facebook
Twitter
Pinterest
WhatsApp
I hear a lot of anti-Trump noise on the Internet ratcheting up as the anyone-but-Trump crowd howl because he’s doing very well and should his run continue as forecast, he’ll be poised to be the Republican nominee within about two weeks.

To those among you who are haters, I need to suggest that he’s a far more likely win than any of the Republican contenders no matter what the polls say. Polls search for high propensity voters and the Trump popularity stretches to legions of so-called new voters who are concerned about our failing economy.

It’s all about the economy and jobs this time. Yes, I’m sure that Trump will pick appropriately conservative Supreme Court justices to nominate because the advisors who help him select will be conservative. Trump is not an ideologue, and while I tend to be, interest rates are at 0% and the economy is still growing at just about 0%. Am I the only one alarmed by that? By the fact that China and even Mexico walk all over us? America has changed and Trump is the only one who has tapped into that. It’s why he’s ahead.
He’s willing to take on the Pope, of all people, and America needs that instead of the metrosexual mulatto that has occupied the White House for the past eight years.
I reject the cult of personality argument. It’s about anger and the desire to upset the applecart in the hopes of a new way of dealing with both the size of government as well as our economy. Unless we do something, we’ll circle the drain – and the mainstream Republicans have not tapped into a way to make that happen.
Maybe it will work, maybe not, but it’s worth a shot.