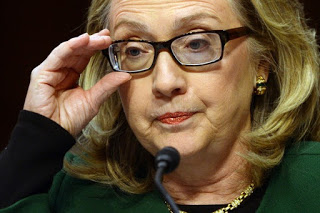 Facebook
Twitter
Pinterest
WhatsApp
The investigation into Hillary Clinton’s conduct while Secretary of State is broken down into different components: (1) Gross negligence in handling classified material (the e-mail scandal); (2) Corruption in office as it pertains to her relationship with the Clinton Foundation and fundraising from foreign countries in exchange for favorable treatment (quid pro quo).
The FBI/US Attorney Task Force working on the Clinton case is moving forward. Based on sources available to this blog, the investigation is being conducted without regard to person. The FBI has over a hundred special agents assigned to various aspects of this case and the Department of Justice had a number of prosecutors reviewing evidence as it pertains to law. I do not think that they are being rushed or hindered by the election process as it moves forward, but there is a natural inclination to bring things to a conclusion sooner than later in the election cycle. My sense is that there will be legal action against former SECSTATE Clinton either at the end of March or in April. A lot of the timing has to do with the conclusion of the State Department’s e-mail dump by tomorrow, February 29.
Hillary Clinton has been at the center of a lot of missing documents in the past. Let’s review prior consistent behavior:

Missing: Hillary Clinton S&L Records. In 1988, according to congressional investigators, Hillary Clinton “ordered the destruction of records relating to her [legal] representation of [Jim] McDougal’s Madison S&L” when federal regulators were investigating the insolvency of the Arkansas savings and loan. Bill Clinton was Arkansas governor at the time.

The Clintons and McDougal were business partners in the failed Whitewater real estate venture. McDougal later was convicted of fraud for attempting to use S&L funds to cover Whitewater losses. His wife, Susan, served prison time for refusing to answer grand jury questions about whether Bill Clinton lied in his testimony during her Whitewater trial.

Other Clinton officials, including White House Counsel Bernard Nussbaum, later testified that they conducted an improper search of Foster’s office. At least one file was marked “Whitewater” and another was marked “taxes.”

Missing: Hillary Clinton Law Firm Records. In 1996, after nearly two years of searches and subpoenas, the White House reported it found copies of missing documents from Hillary Rodham Clinton’s law firm that described her work for Madison S&L in the 1980s. The White House previously said it did not have the records. The originals have not turned up.

Withheld: Obama Administration ‘Fast and Furious’ Documents. In 2012, Attorney General Eric Holder withheld emails regarding the “Fast and Furious “scandal. President Obama invoked executive privilege to prevent some emails from being turned over to Congress under subpoena. It is unclear what role, if any, Secretary Clinton had in this activity. Some insiders speculate with good cause that she had helped with the overall strategic planning that led to the scandal.

Missing: Obama State Department Records. This year, it was revealed that the State Department may have lost some $6 billion because of incomplete or missing contract records over six years, mainly during Hillary Clinton’s tenure as secretary of state.

One might also speculate that the reason she set up a separate e-mail server was so that information could go “missing” at the appropriate place and time. Call me a cynic, but there is a general pattern of behavior where the Clintons are concerned.