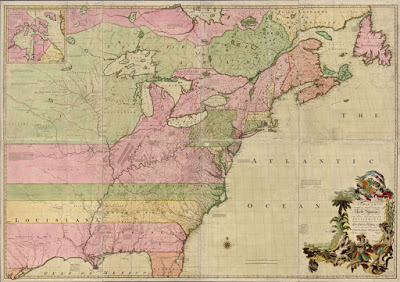 A map of the British and French dominions in North America, humbly inscribed to the Right Honourable the Earl of Halifax, 1755.
I can’t help but wonder what the map would have looked like if the British hadn’t been so keen to tax and then decided to take American firearms away.
It’s a lesson from the past for the future, isn’t it? 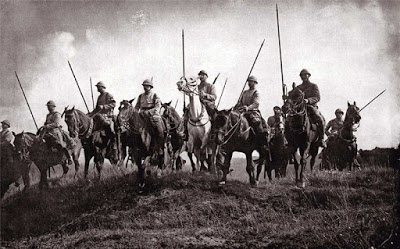 These are French dragoons in 1916. Horses and lances (pig stickers) against modern artillery, modern rifles and machine guns.
They prepared to fight the last war.
The Nepalese Bira Gun 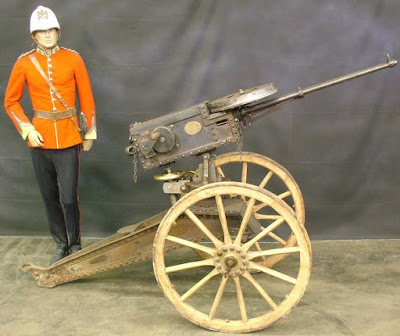 In the 1890’s Nepalese General Gehendra Shamsher Jang Bahadur Rana designed this double barreled hand cranked machine gun which he called the Bira Gun.
The Bira gun featured a reciprocating bolt which fired each barrel separately one after the other in succession. The gun was chambered for the .577-450 Martini Henry round, as Nepal was an ally of Britain and had large stocks of the ammunition on hand.
The gun was fed from a large 40 pound pan magazine which held two rows with 60 rounds of ammunition in each.
Altogether the Bira Gun was a very heavy weapon, weighing almost 1000 pounds, it had to be pulled by horse on a caisson. Unlike all other crank operated machine guns, the Bira Gun’s crank was rotated counterclockwise, rather than clockwise, which supposedly made the gun more reliable. All Bira Gun’s were handmade and produced in Nepal. They were never deployed in combat, but in 1890, they were cool.

Tactics have changed somewhat as have weapons, but the point remains the same. 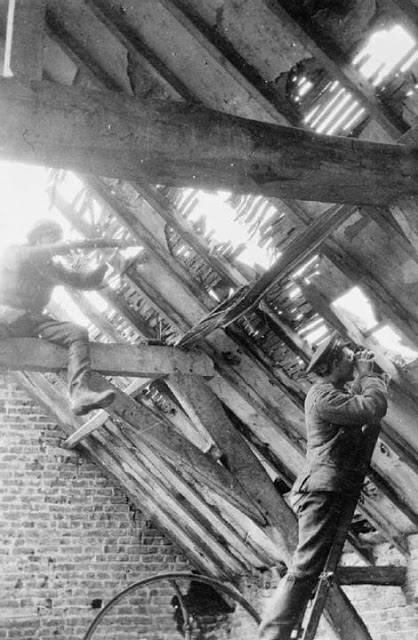 Sniper and observer from the 1st of the 4th Battalion, Royal Berkshire Regiment in the roof of a barn at Antons Farm near Ploegsteert Wood during the spring of 1915.