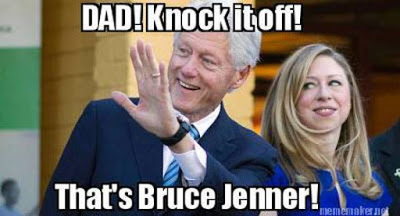 Is Bill coming back? We all hope not, but it’s the stuff that political satire was designed for.
For those of you who thought that old Slow Joe Biden was a creepy old man who groped whenever possible, it may be possible that he will be eclipsed by the return of First Husband, William Jefferson Clinton. How would a presidential Hillary control Bill, back in the White House and dipping his cigars?
There are rumors that include a divorce of the first couple prior to Hillary’s betrothal to Huma Weiner. (after the election) While that would be politically correct and would make Huma an ‘honest woman’, it’s unlikely to happen in a Hillary Clinton Administration where everything is done behind closed doors, in the dark, etc. That is the way it went with singing sensation Yoko Ono, Hillary’s former lover. 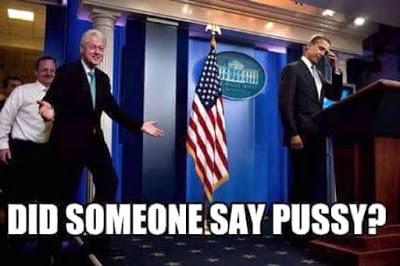 LTCOL Ralph Peters US Army (ret), referred to Barack Obama as a “pussy” on Fox News last week. Just the mention of the word brought Bill Clinton bursting into a press conference in the West Wing, where Barack was in the process of defending himself from the verbal assault. Clinton said, “You are what you eat, and Barack has always preferred a sausage to a taco. Better to refer to him as a dick. That’s what I do.”