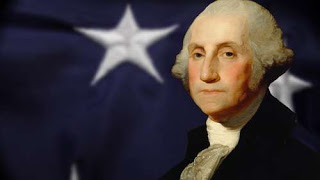 Facebook
Twitter
Pinterest
WhatsApp
There was (another) coup in Bolivia pursuant to an election this past weekend and it got me thinking about the US and our histories of conspiracies. The Civil War/War of Northern Aggression is not mentioned here because secession is technically not a coup because there was not an attempt to remove a sitting president or government, just a removal of some states from the union. Until the coup attempt, still underway, that we are witnessing in America today, there has not been an attempt to remove the constituted government since the Newburgh Conspiracy of 1783. Thus, it’s an important event that we see played out by different actors with support of an entrenched and infinitely corrupt mainstream media.

The Continental Congress promised to pay lifetime pensions to army officers and then, at the end of the war, it reneged. The situation became very tense with many general officers calling for and end to Congress and a coup. General George Washington, then Commander-in-Chief appealed passionately to his men asking them to support the supremacy of Congress. That led to a compromise by Congress, which granted back pay and five years of full pay instead of a lifetime of half pay.
1841–1842 Dorr Rebellion
Some view this as an attempt at a coup, but I do not. Not in the classic sense. It was not an attempt to remove a national government. Rather, it was an attempt to cling to the original colonial charter rather than the custom and practice of the time, which allowed all white males to vote irrespective of their financial status. I include it here simply because others might view it that way.
November 10, 1898: The Wilmington, NC  insurrection of 1898
As with the Dorr Rebellion (above), this had to do with voting rights and race. Members of the Democrat Party, in opposition to black Americans holding office and voting in the post-war reconstruction period. The discontent never reached Washington DC. The politics were local, focusing on who would rule, who would appoint, and how that was all to happen. You can read more in the link above.
1933 Business Plot
Following World War One, and during the Great Depression, US Army veterans marched on Washington DC, demanding a bonus that had been promised to them. It went deeper than just that because Pres. Roosevelt had taken the nation off the gold standard (currency then, unlike now, was backed by specie, not just a vague promise by the Federal Reserve). The movement fizzled, if it had ever been a movement at all.
2016-20: Plot against President Trump
This is still being played out. Agents of the Federal Bureau of Investigation, submitting search warrant applications that were based on fraudulent information undertook systematic wiretapping of the Trump Presidential Campaign with the intent to gather information that could be used to unseat the president if he was elected. According to inside information within the FBI, this was referred to as an ‘insurance policy’ in the event that candidate Hillary Clinton lost the election. The Obama Administration actively ‘unmasked’ people who were the subject of wiretaps, disclosing their names to the press.
Members of the US Department of Justice and the Central Intelligence Agency and the Directorate of National Intelligence participated in this activity. Only disclosures by Admiral Michael Rogers of the National Security Agency (an American hero) gave credibility to early assertions of the plot to remove the President.
Allegations that President Trump colluded with the Russian government were dismissed by the “Mueller Investigation” and members of the House of Representatives and the mainstream media, shifted the attack to a telephone call between the President and the President of Ukraine, which was routine, taking other calls between US Presidents and foreign leaders over the past fifty-plus years into consideration.
We will have to wait to see how all this plays out.